Cyberpunk 2077 is the biggest, most grandiose project CDPR has ever made. It has dynamic, living breathing cities full of robust NPCs and locales, high-end graphics and effects, and what looks to be frenetic FPS action. Now we get a taste of what to expect from Cyberpunk on next-gen.

The new footage really makes two points clear: Cyberpunk 2077 is a huge game that consistently reacts to your choices on an NPC and global environmental level. The places and the people in those places consistently change based around how you play the game. A quip in a dialog sequence can lead to all-out mayhem. Siding with the corpos for a specific quest can make other factions shun you. 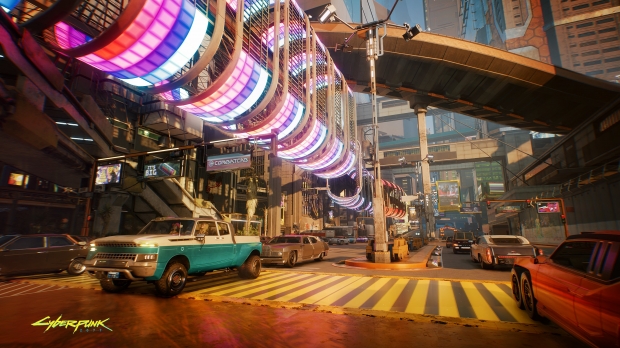 The level of depth and breadth in the world's presentation is impressive by itself, but toss in a kind of web of fate that's constantly spinning, and you have a recipe for a next-gen experience.

The other point is centered around seamless play. Cyberpunk 2077 will still have loading screens on Xbox Series X, but they should be minimized significantly to the point where they're not really noticable. Cyberpunk 2077 seems to be made with seamless play in mind. Going from one area to another is done in such a fluid way, and there's no transition points. You just roam around naturally. It reminds me of Grand Theft Auto V...albeit one set in a dark, dystopian high-tech future.

It's worth mentioning this isn't even the optimized version of Cyberpunk 2077. CDPR is working on a next-gen optimization patch for PS5 and Xbox Series X. This footage was captured via backward compatibility, so the actual next-gen performance will be even better.