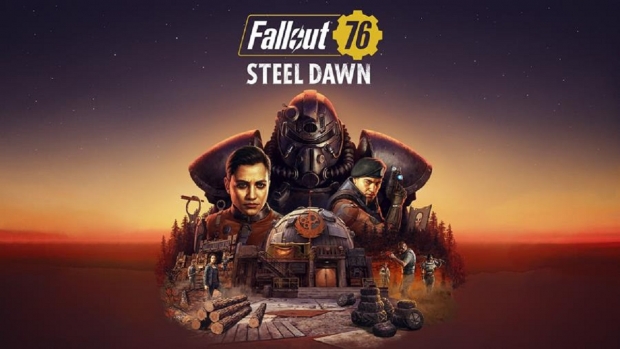 The new Steel Dawn expansion is a landmark moment for Fallout 76. The game, which launched without a single human NPC, radically transformed with the Wastelanders expansion. Now things are getting kicked up a notch. The Brotherhood is back, and we're gonna be in trouble.

The expansion sees the Brotherhood of Steel crossing the huge 2,500 mile span from California to West Virginia to bring order to Appalachia. The clandestine and stoic military group will be another faction to rally behind--or to fight against--in Fallout 76, bringing more complexity to the always-online live game. The DLC adds in a new questline centered around the Brotherhood of Steel and its leader, Paladin Leila Rahmani, in their quest to collect technology and bring order to irradiated Appalachia. 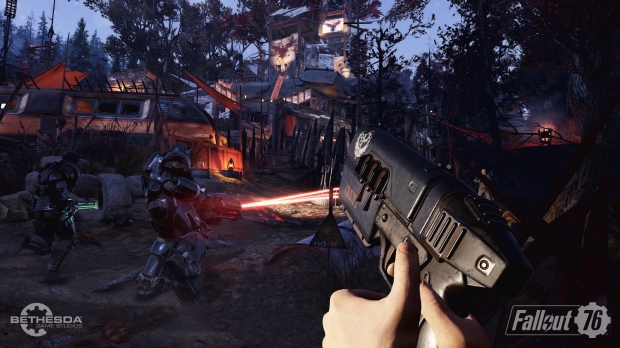 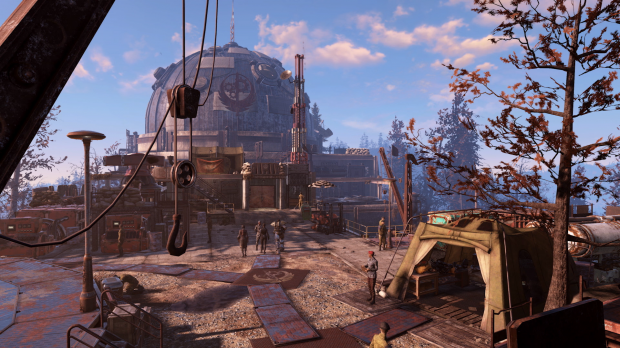 • New Questline - Determine how you will aid The Brotherhood of Steel NPCs in the first chapter of their new all-new story, available December 1.

• New Locations and Gear - Unlock unique weapons and armor from Steel Dawn and explore new locations newly populated with members of The Brotherhood and other factions.

• Season 3 Scoreboard - Join Time Operative K.D. Inkwell in her quest for the Guild of Antiquities and rank up to unlock new rewards including C.A.M.P. Allies, Lunchboxes, and more. Beginning December 15.

• Lite Allies - Recruit two new allies as you rank up during Season 3, who offer bonuses exclusively from your C.A.M.P.