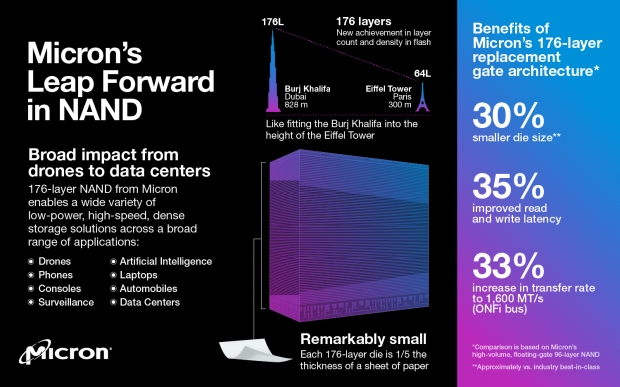 Micron's new fifth-generation 176-layer 3D NAND flash is the same height as its 64-layer memory, but packs in 2.75 times more layers in the same space--a space that's 30% smaller than today's leading flash chips. The cells are 1/5th the thickness of a sheet of paper and is ideal for mobile electronics, consumer SSDs, autonomous vehicles, and SD cards, but also have applications for data centers. 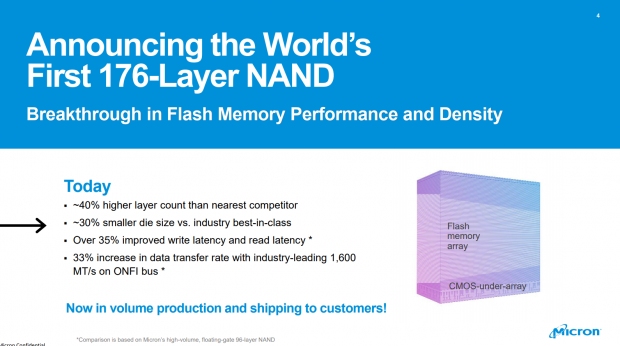 The shrink was made possible by a combination of Micron's advanced memory techniques: Its CMOS-under-array (CuA), charge-trap, and replacement-gate architectures have been used in tandem to squeeze together 176 layers of ultra-dense memory. 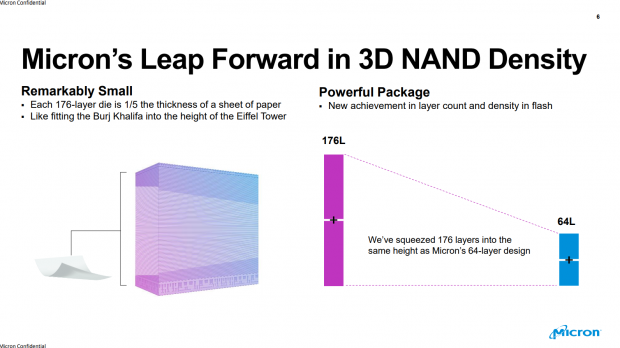 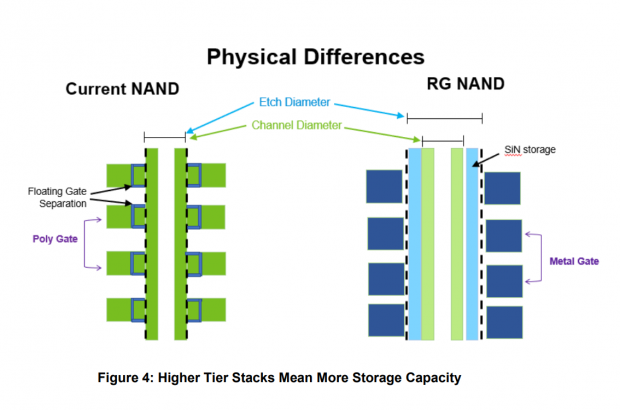 The 176-layer NAND is currently in production at Micron's Singapore fabrication facility and will ship in Crucial line of SSD consumer tech. New 176-layer-powered SSDs and devices will be released across 2021.