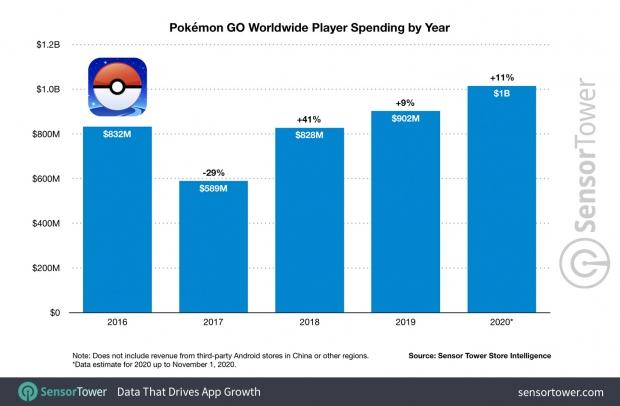 Four years after its release and Pokemon Go is still a huge powerhouse hit. The game pulled in over $1 billion in earnings in 2020, pushing total cumulative worldwide revenues to $4.2 billion. The F2P AR sensation has been downloaded 600 million times on mobile devices, but Android made up 53% of earnings, or $2.2 billion, whereas iOS hit 47% with $1.9 billion.

Interestingly enough, the United States made up the most of the earnings. The U.S. generated 33.6% or total revenues or $1.5 billion. The consistent surge throughout 2020 owes to lots of in-game content and updates, including paid ticketed events every month, new raids, tons of in-game monetization, and more.