Activision has an ambitious, yet rather simple plan to reduce marketing and advertising costs; Use their games as interactive billboards for new games. 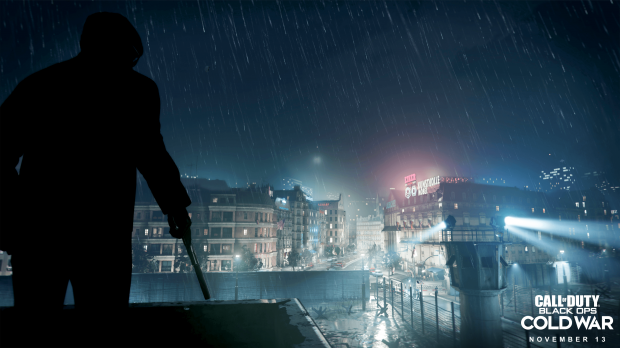 The Cold War reveal event in Warzone represents a paradigm shift for Activision-Blizzard. Instead of putting its advertisements solely on the outside, it's now redirected that focus inward. Warzone was treated like a big venue for Black Ops Cold War with a playable event; complete the task and you get to see a reveal trailer. It's a perfect union of engagement and advertising.

This trend will extend to other franchises. Activision-Blizzard CEO Bobby Kotick confirmed the news in a recent Q3'20 earnings call, saying that marketing will now tie directly into its games.

"Our marketing has changed to reflect the scale and size of our own proprietary network. In August, millions of players gained access to the Black Ops Cold War reveal trailer by playing interactive content within Warzone, generating a true virtual water cooler moment and driving substantial interest in the new release.

"Going direct to our network of players in this way represents more effective marketing than any paid media network. We intend to achieve with all our franchises as well as the potential new franchises we are actively creating, many of the successes we have had with Call of Duty."

It's likely we'll see other franchises get their own Warzone-like component. Think of all of Activision-Blizzard's main IPs having their own Warzone, which will be a kind of glue that binds an accessible and heavily-monetized free-to-play game with the premium experience (Overwatch F2P with Overwatch 2, for example).

This is a prime example of Activision's four-part plan in action. The plan looks like this:

Melding advertisements with in-game events is an example of a new engagement model, one that has lots of potential to pull in tons of players during a given period. These reveals are treated as a kind of in-game event that sparks playercounts, which leads to higher MAUs and possibly more in-game revenues.

Based on this trajectory, Activision expects 2020 to be its best year ever. The company forecasts $7.675 billion in net revenues in 2020, up $175 million from 2018's recent record-breaking numbers.