AMD's big exciting reveal of their next-gen RDNA 2 graphics architecture is here, with one of the shining stars of the reveal being the new Infinity Cache. But what is it? 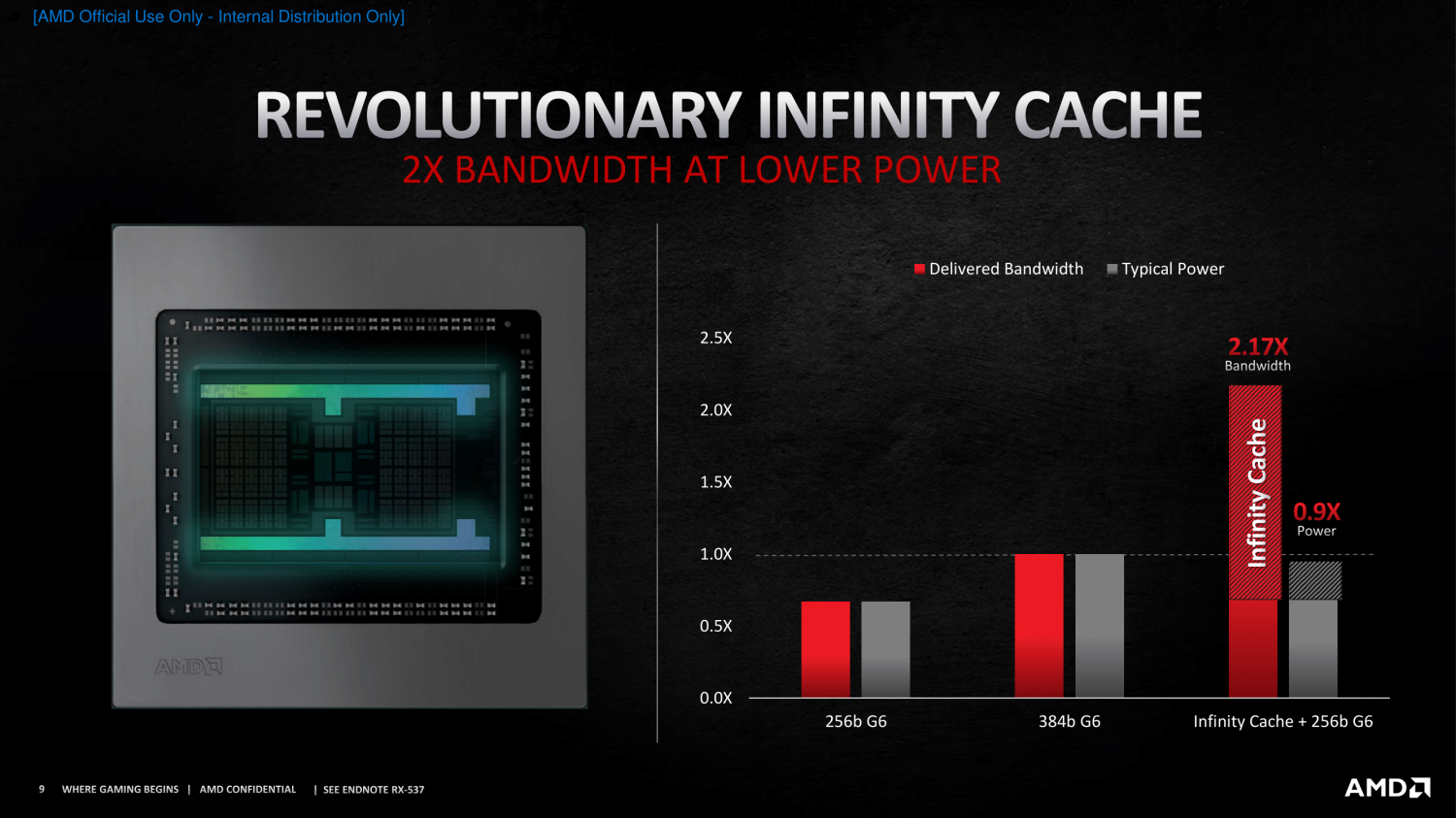 The new revolutionary Infinity Cache technology allows AMD to use a smaller 256-bit memory bus and slower GDDR6 memory on its Radeon RX 6000 series graphics cards, but it will offer some tremendous memory bandwidth with even more impressive power savings with Infinity Cache.

AMD explains that it needed to have Infinity Cache with RDNA 2 if it wanted to make a powerful 4K gaming GPU, taking what it learned from the Zen CPU architecture -- modified it, optimized it for graphics, and thus Infinity Cache was born. 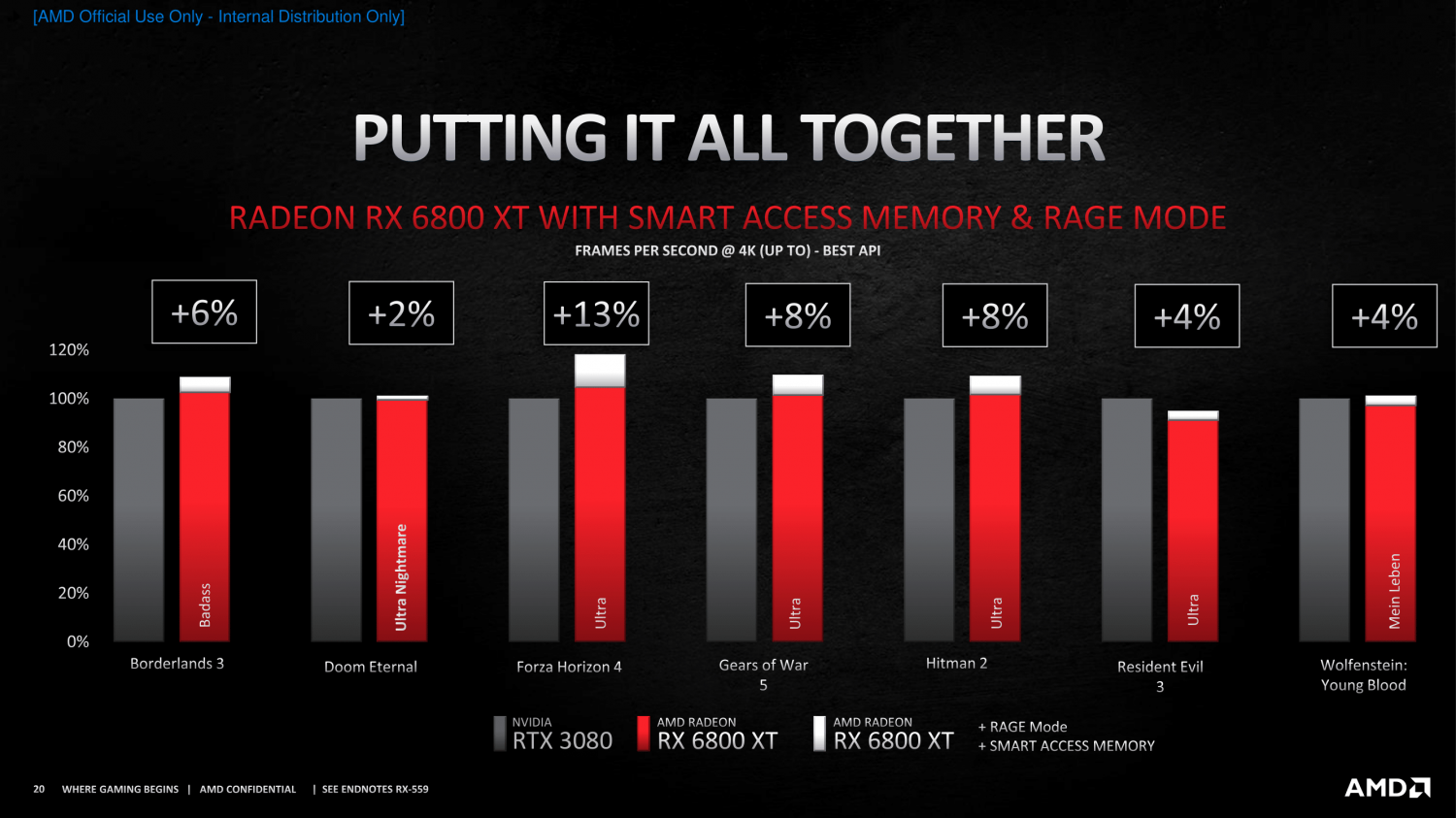 AMD offers you 16GB of GDDR6 with 4K gaming performance that rivals NVIDIA's best card that packs 24GB of RAM, and easily beats the RTX 3080 which has just 10GB of VRAM in comparison.

Hell, Infinity Cache and the massive improvements under the hood of RDNA 2 over RDNA 2 means that the Radeon RX 6800 -- the slowest Big Navi card revealed so far -- beats the GeForce RTX 2080 Ti in 1440p gaming situations -- by a large chunk, too.

Infinity Cache is shaping up to be a game changer for AMD.