Facebook's new policies are causing a lot of confusion for Oculus account holders and Facebook's support agents. Last week, reports surfaced that suggested you could get banned from Facebook for using two Oculus headsets at the same time. Facebook says that false. 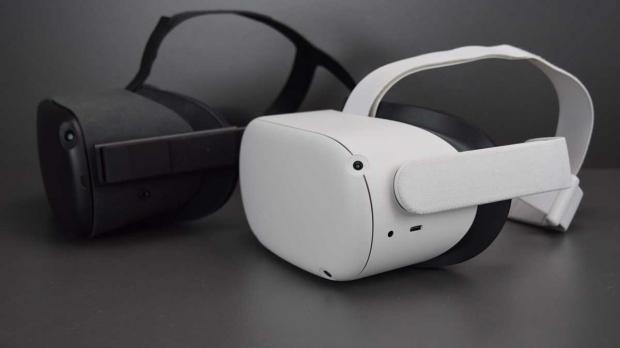 On Saturday, Reddit user kommanderk33n posted screenshots of what looked like an unfortunate interaction with Oculus support. Kommanderk33n has two Oculus accounts; one for himself and one for guests. Facebook's new policy requires that Oculus accounts be associated with Facebook accounts, but Facebook's terms of service forbid users from creating multiple accounts. I'm sure you see the problem here.

If that were true, it would be a severe point of concern for many early Oculus supporters. Fortunately, Facebook is now saying that the information that kommanderk33n received is false. You can have multiple Oculus headsets associated with a single Facebook account, and you can use them at the same time without concern. 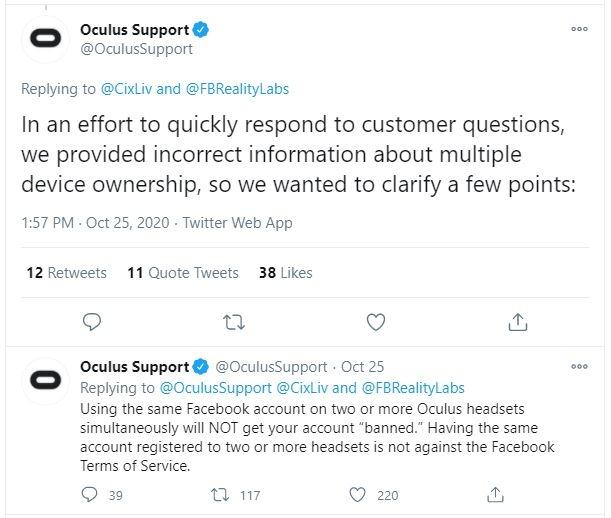 "In an effort to quickly respond to customer questions, we provided incorrect information about multiple device ownership, so we wanted to clarify a few points: Using the same Facebook account on two or more Oculus headsets simultaneously will NOT get your account "banned." Having the same account registered to two or more headsets is not against the Facebook Terms of Service."

Furthermore, Facebook said it would soon allow you to switch users on a Quest headset so you can more easily share the hardware. Facebook support is also looking into a solution for users who currently own two Oculus accounts.