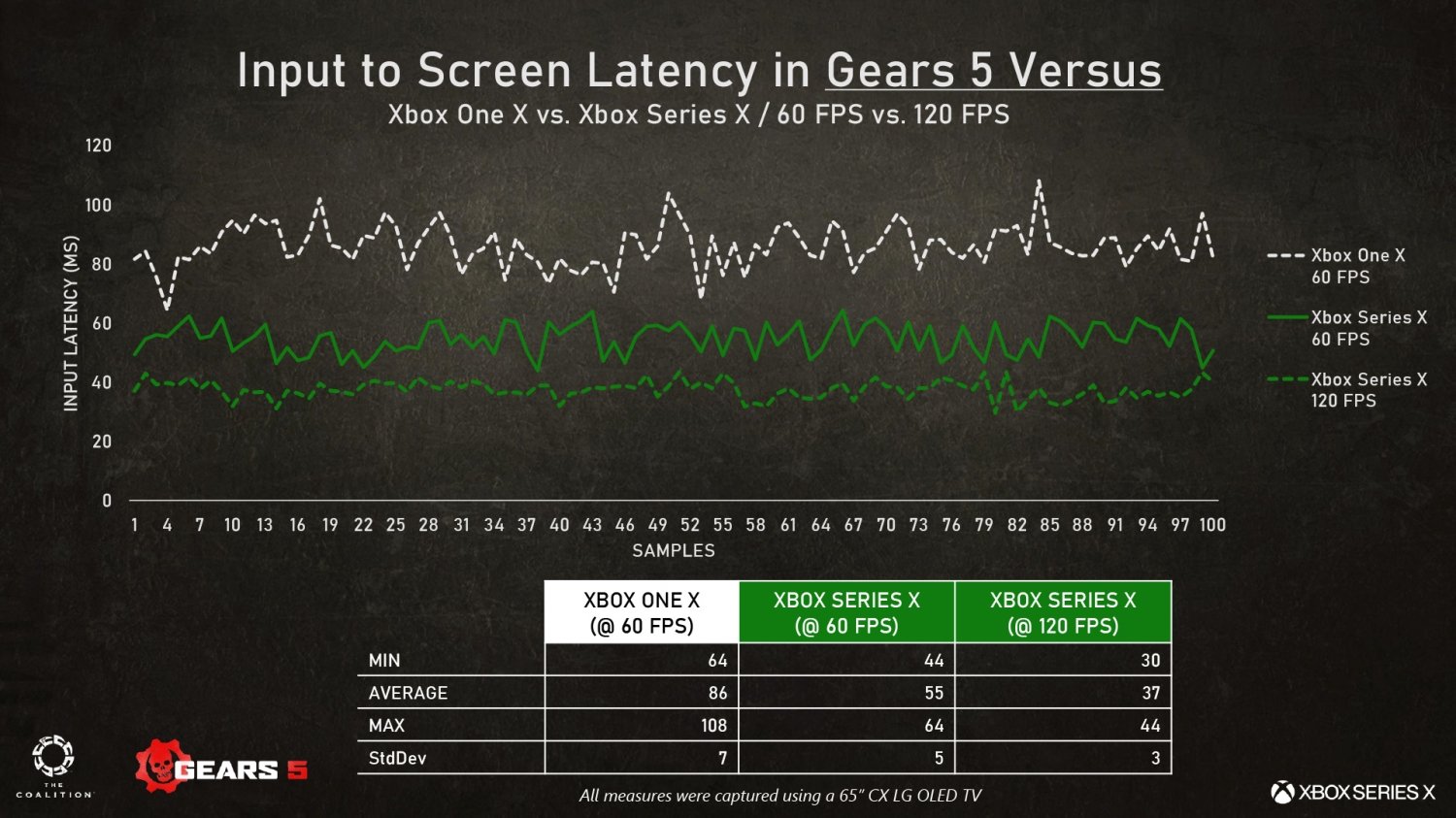 Gears 5 will be one of the major spectacles that pushes the Xbox Series X to its limits. The game is already able to hit native 4K resolution with perf equivalent to an RTX 2080 GPU at High settings, but now The Coalition shared some more impressive tweaks. The Series X can already reduce input latency thanks to its new Dynamic Input Latency feature, which helps match up button press timings with on-screen effects, but developers can also scale their games to better use this feature.

Armed with the Xbox Series X's power, Gears 5's input latency will be reduced by up to 57% in versus mode and 36% in campaign. The biggest reduction is at 120FPS, which makes sense given the higher refresh rates over HDMI 2.1. The result is a gameplay experience that reacts quickly and naturally to your inputs, button presses, and movements, especially in competitive game modes where it's needed most.

All of Microsoft's major first-party games will be optimized to play astronomically better on the Xbox Series X, including Gears 5 and Halo: The Master Chief Collection, which runs at 4K 120FPS on consoles for the first time ever.

Dynamic Latency Input (DLI): We're optimizing latency in the player-to-console pipeline starting with our Xbox Wireless Controller, which leverages our high bandwidth, proprietary wireless communication protocol when connected to the console. With Dynamic Latency Input (DLI), a new feature which synchronizes input immediately with what is displayed, controls are even more precise and responsive.