Facebook started delivering Quest 2 headsets to eager customers on October 13, but before most people could get their hands-on one, someone in Japan ripped the guts out of theirs. It's pretty amazing to see how Facebook put the whole thing together. 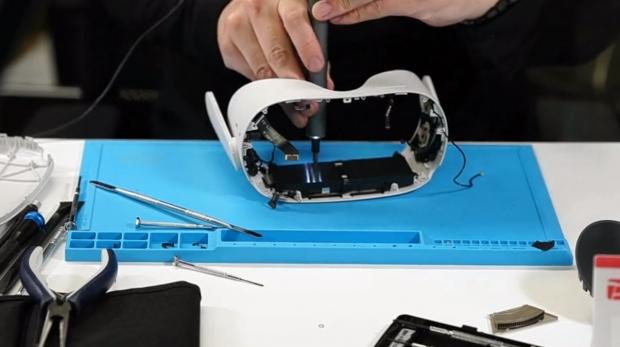 In the early hours of October 13, Twitter user GOROman posted a live stream video of an Oculus Quest 2 teardown followed by a series of close-up images of some of the internals. The pictures give us a bit of insight into the hardware in Quest 2, and the video shows just how complicated this device is.

In the first picture, you can see the entire assembly with the front cover removed. In the center, we see a small blower-style fan with a shroud to direct the air across the center of the primary board. 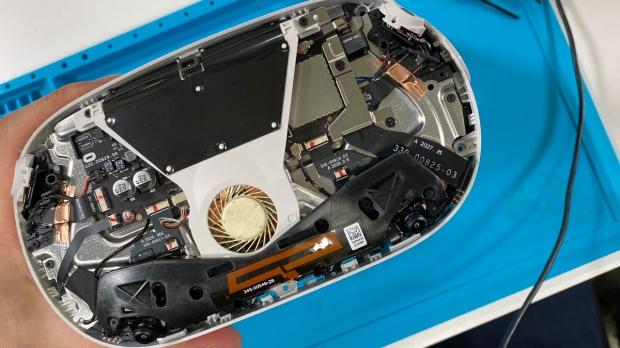 The next image shows the fan and shroud removed, which exposes an interesting fan-shaped heat sink. Facebook's design team probably chose that shape to maximize the minimal space in the headset. The board that the cooler is mounted to is also relatively small, with many of the components tying to it with flat ribbon cables.

A chip with the Micron logo lies under the heat sink, and a SanDisk flash memory chip sits next to it. The markings on the flash chip indicate that it is a SanDisk 64GB iNAND-8521 with 3D NAND technology and a UFS2.1 interface. 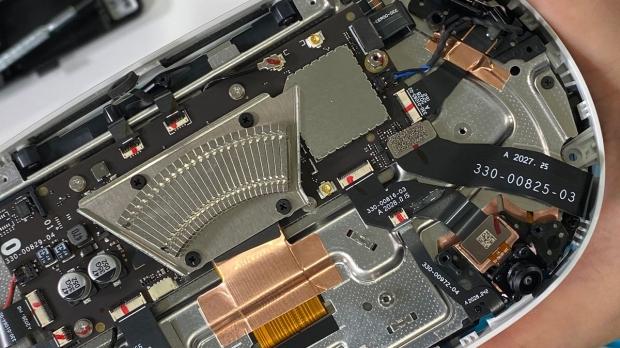 The teardown video shows that Quest 2 is an extremely complicated piece of hardware. It took the technician nearly 30 minutes to get the front cover off to expose the internal components. And it took them another hour to complete the full teardown. Reassembly took the better part of an additional hour.

If you've got a couple of hours to kill, here's a link to the replay.