It was only yesterday that I reported about Intel's next-gen Rocket Lake family of processors being debuting in March 2021 -- but we woke up to Intel themselves confirming it.

John Bonini (who is the Vice President and General Manager of Client Computing Group Desktop, Workstation, and Gaming at Intel) has confirmed in a new blog post that Intel will be launching its 11th Gen Core series (codename Rocket Lake) in Q1 2021.

Intel's new 11th Gen Core range of CPUs will be the first to support PCIe 4.0, something that has been a point that AMD has had over Intel for over a year now. On top of that, Intel announced this news in the 24 hours before AMD's big reveal of Zen 3. 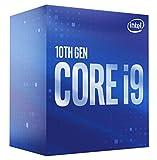