Just like Elder Scrolls 6 and Starfield, ZeniMax Online's brand new IP is being built from the ground up with new engine optimizations. 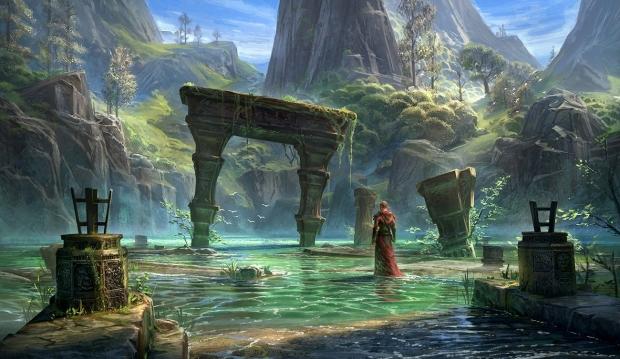 ZeniMax Online, the dev behind Elder Scrolls Online, is currently working on a brand new IP. We've actually known about this for a while: the project was first known in 2018, it's likely another MMORPG, and Colin Campbell, who worked on Jedi: Fallen Order and Mass Effect, has signed up as a level artist.

Now we have a few more details about the project. According to ZeniMax lead graphics engineer Alex Tardiff, the new IP is being built in a fresh new games engine. "Not much to say about this yet, but it's been so much fun creating a brand new engine. With how rare this kind of thing is nowadays, I feel fortunate to be at this studio while we invest heavily in our own technology," Tardiff said on Twitter.

Microsoft's recent buyout of ZeniMax (Bethesda, id, ZeniMax Online, etc) also gives more color to this upcoming project. Tardiff's words align with what Todd Howard says about Starfield and Elder Scrolls 6, both of which are getting a massive engine overhaul for next-gen consoles.

In fact, it's likely ZeniMax Online was planning this new IP specifically for the Microsoft buyout. Acquisition talks between Microsoft and ZeniMax began as early as 2018.