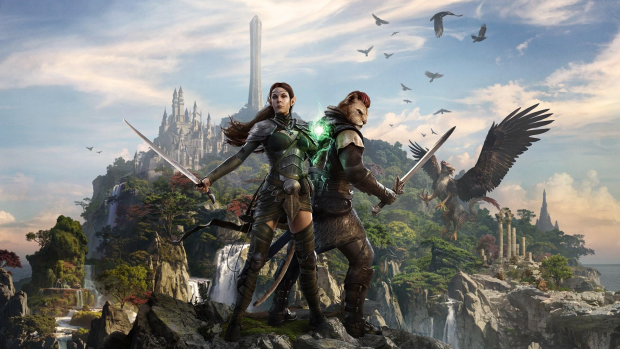 The Elder Scrolls Online developers at Zenimax Online are making a brand new AAA IP, and based on an old job listing from October 2018, it's likely an MMORPG. Official details are scarce and Zenimax has mostly been tight-lipped on its new game plans, but we can glean the scope of the project based around the talent involved.

Case in point: the games-maker just recruited Colin Campbell as a level designer for its new AAA team. Campbell has quite the CV, and has a ton of projects under his belt. He worked as producer on Jedi: Fallen Order at Respawn, was the lead narrative designer of Battlefront II's singleplayer campaign, and served four years at BioWare designing levels for the Mass Effect series. Now he's working on Zenimax's unannounced game.

Zenimax is currently ramping up its workforce for the new project. There's a ton of open positions available and many of them are for the new AAA team.

The game won't be out for quite a while, though. The new IP is only just now entering pre-production, so for now The Elder Scrolls Online will be Zenimax's baby.

ZeniMax Online Studios is seeking a Lead Combat Designer to join our studio for the development of our next AAA game. This is a chance to join an experienced group of developers in pre-production for a new IP.

This role will collaborate with the Creative Director, Lead Game Designer, Lead Engineer and Lead Systems Designer to plan foundational combat systems, flesh them out with fun mechanics, and hone them to industry-leading quality. This role will also work extensively with AI, animation, and gameplay engineers to build all the combat systems needed to fill the game with a wide range of challenging enemies and fun combat setups.