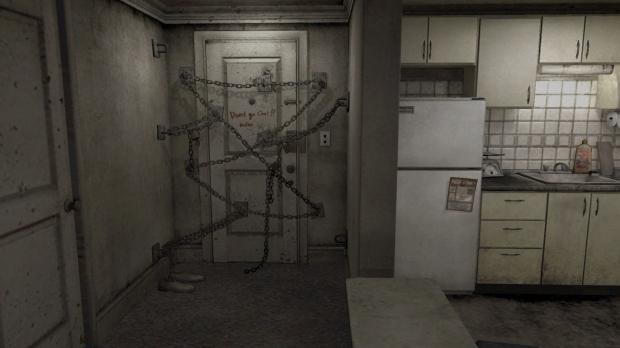 The cerebral horror classic Silent Hill 4: The Room was just released on GOG.com for just $10, offering a nice bit of weirdness to prep you for Halloween. The game is DRM-free on GOG but doesn't have any kind of upgrades or remastered effects--it's just the basic PS2 classic ported onto PC.

If you buy the game on PC, be sure to check out a bunch of user-created mods that help tighten up frame rates, improve quality-of-life while gaming, and add ultra-wide support.

A room full of nightmares....

Henry Townshend finds himself trapped in his apartment and the only escape is through a mysterious portal that leads to a horrifying alternate reality. With gruesome sights around every corner and his sanity being tested, he must find his way out of this nightmare. Enter The Room, a thrilling story in the most terrifying game series of all time.