Sony will only be able to manufacture 11 million PS5s until March 2021, down 26% from its original 15 million projection. If the PS5 enjoys the same production-to-shipment conversion rate as the PS4, Sony could have 8.25 million next-gen PS5s available through the Q3-Q4 period. 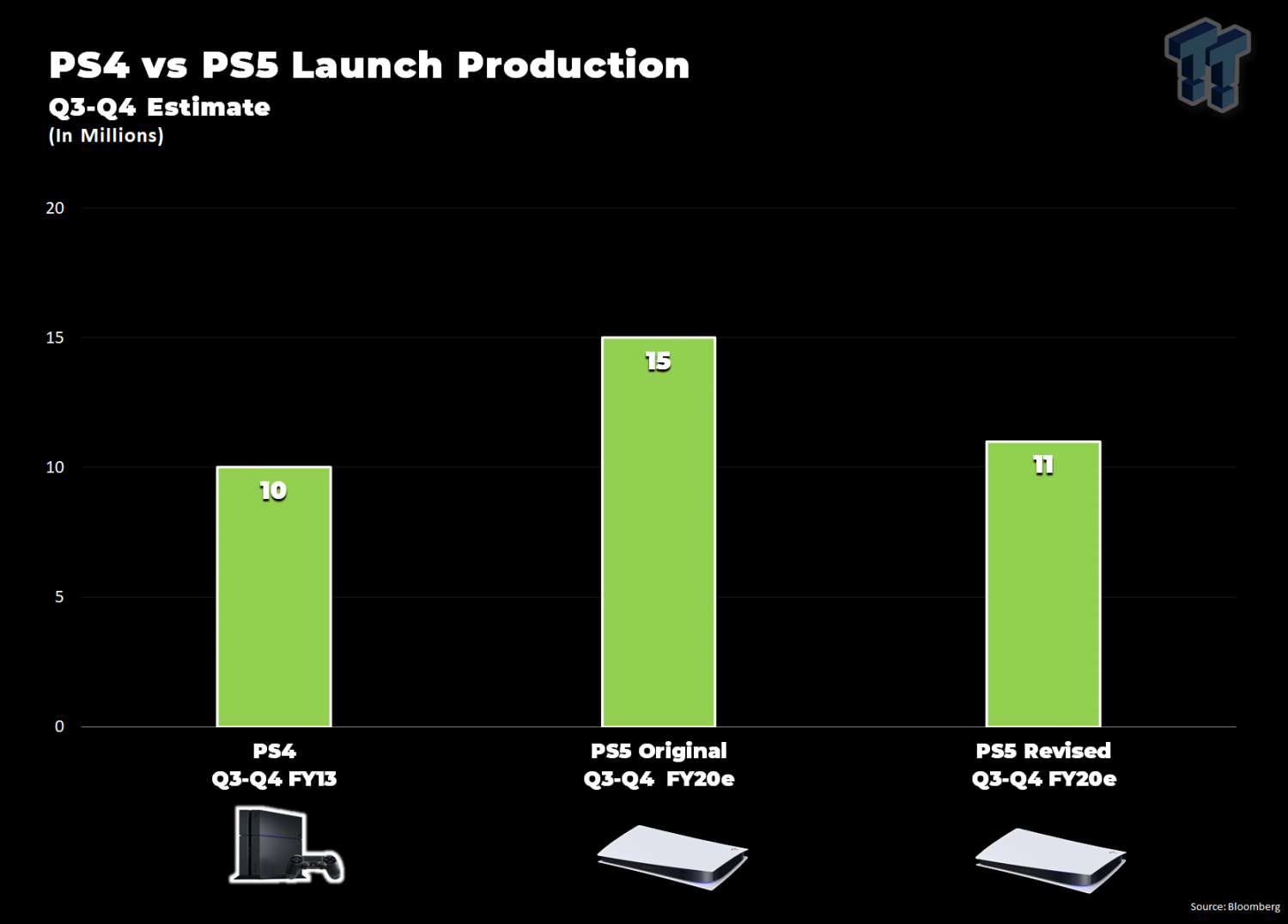 Sources tell Bloomberg that PS5 production has been reduced 26% from Sony's internal targets. As of December 31, 2019, Sony had originally planned to produce 10 million PS5s. By the end of FY2019 in March 2020, Sony revised this target to 15 million. Now that number has been reduced again to 11 million to reflect low chip yields.

The culprit is the PS5's customized 7nm+ SoC from AMD, a complex and expensive chip to manufacture. Microsoft recently confirmed the Series X's SoC is costly to make, and the PS5's chip is similar to the Series X's, but has a weaker 10.3TFLOP GPU with 32 RDNA 2.0 Compute Units.

That's compared to the 11 million units that may be produced by the end of Sony's FY2020 period.

Not all of these units will be shipped and made available to consumers, though. Sony shipped 7.5 million PS4s out of the 10 million units produced in that period, meaning 75% of PS4 units made were shipped to stores.

If the PS5 follows the PS4's production rate, which it may not due to SoC chip complexity, Sony could have as many as 8.25 million PlayStation 5 consoles shipped to retailers from November 2020 - March 2021. 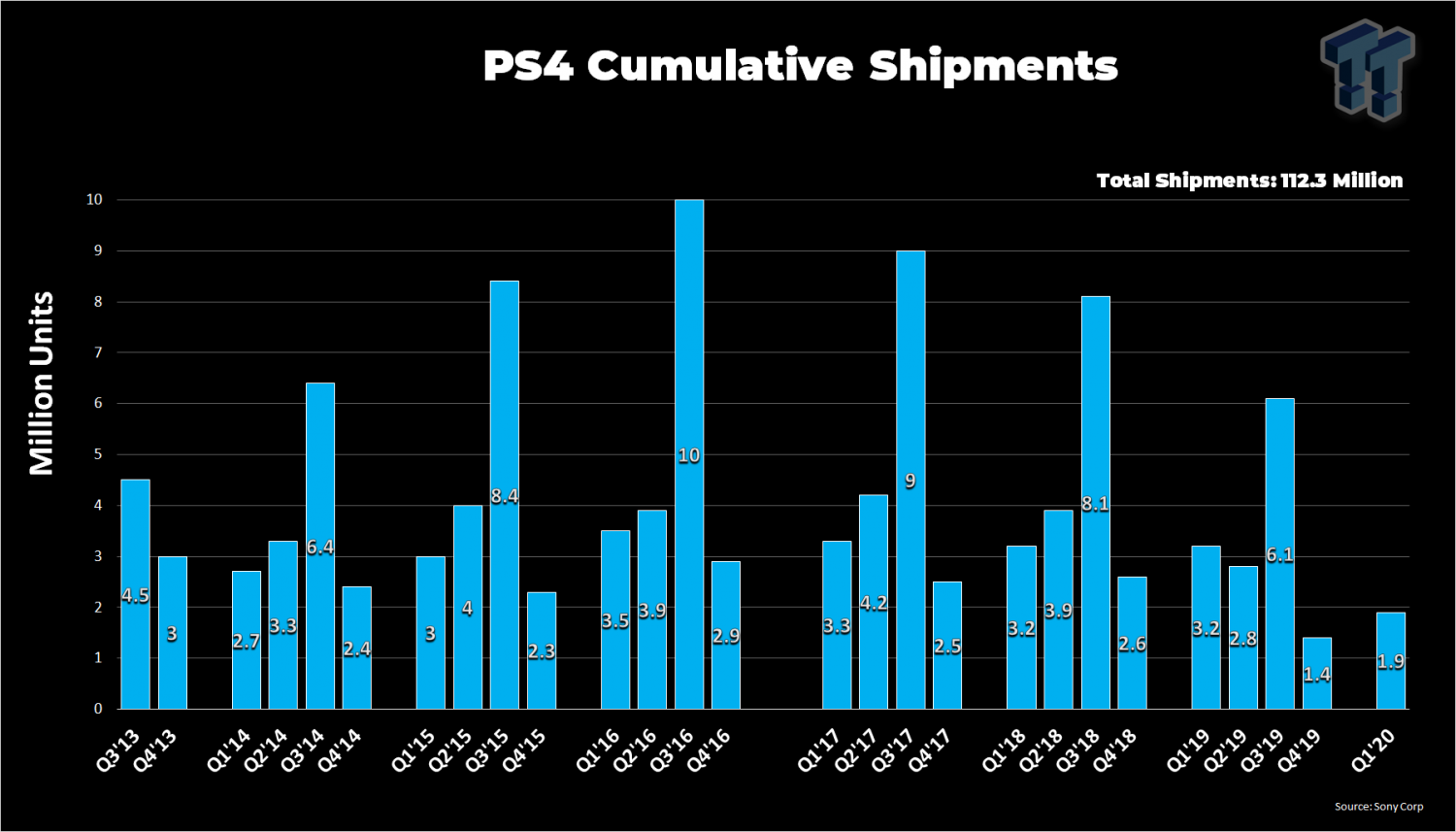 Sony is spending more to ship PS5's by air freight to the U.S. to ensure stores have ample availability at launch, but there's no word on what kind of production-to-retail percentages we'll see.

The PlayStation 5 is due out Holiday 2020. No pricing has been revealed, but a new event is scheduled for tomorrow, Wednesday, September 16, 2020 at 1PM PST/ 3PM EST.

Check below for specifications: 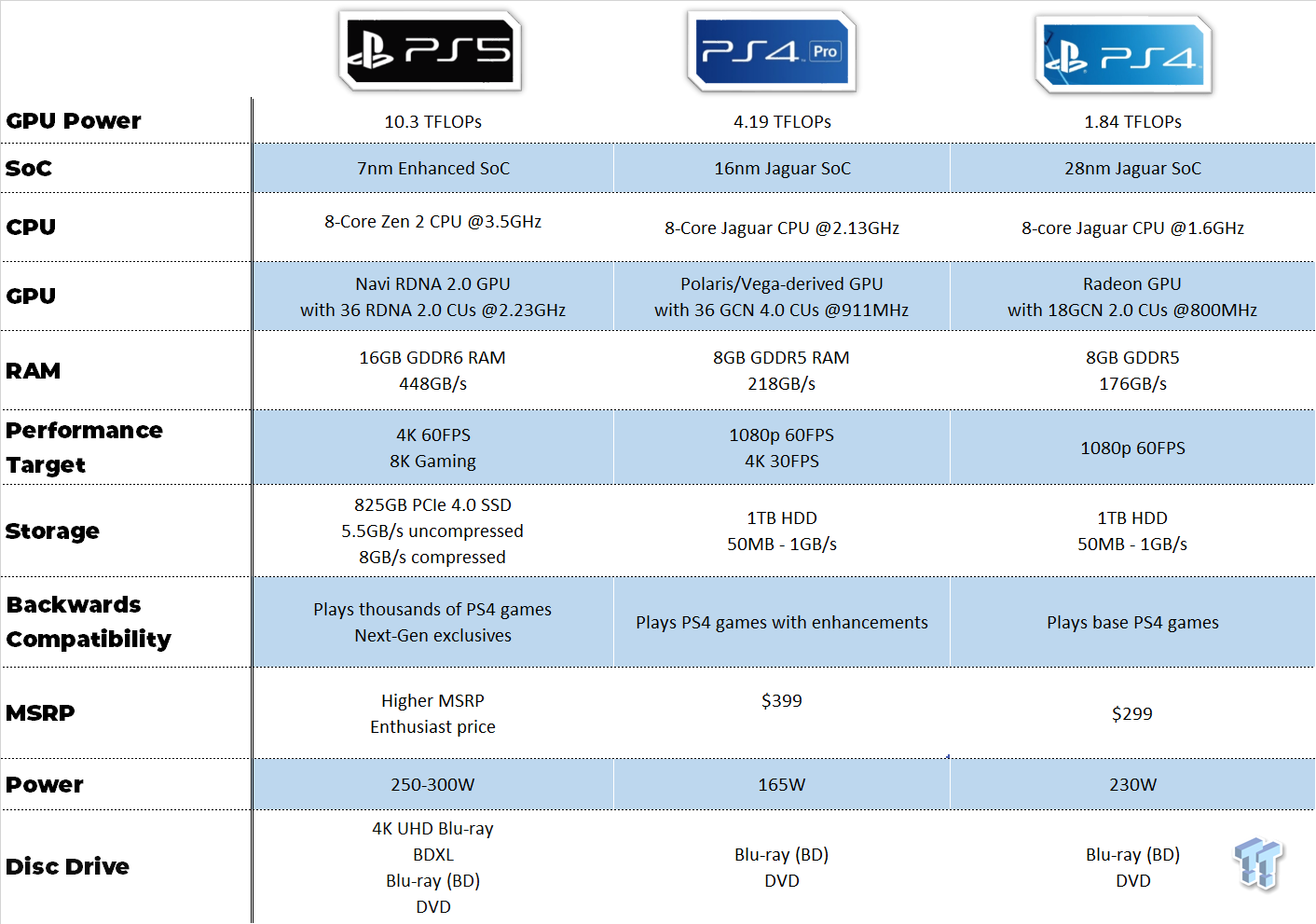