The Xbox Series X will have an expensive price tag due to higher-cost chip production, Microsoft today confirmed in a presentation. 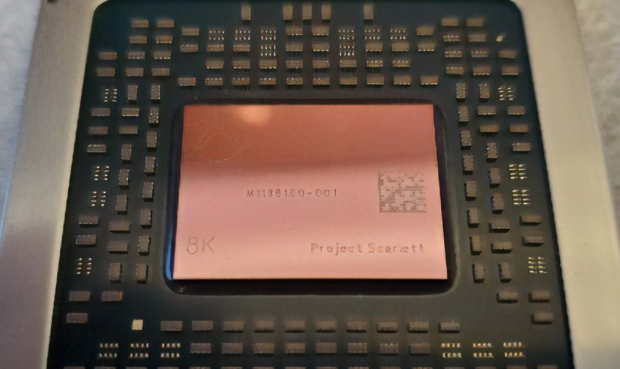 Today Microsoft released a bunch of new slides from its upcoming Hot Chips presentation. The Xbox Series X console's innards were laid bare, including GPU blocks, variable rate shading capabilities, discussions on the velocity architecture, and more. But one slide in particular caught my eye: Discussions on production costs.

The Xbox Series X's 7nm+ SoC costs more to make. Wafer prices are higher because of the newer 7nm enhanced process, which is optimized for higher transistor density in a smaller die. The Series X's SoC has 15.4 billion transistors on a 7nm chip, a 133% increase from those in the Xbox Series X's 16nm FinFet SoC.

Microsoft notes 7nm enhanced offers massive node savings compared to the 16nm FinFet process that was used in the Xbox One X/One S. Microsoft also says 7nm+ has a lower yield, but that's compared to the mass-market availability they're used to. 7nm+ is a new process and lower yields are to be expected. 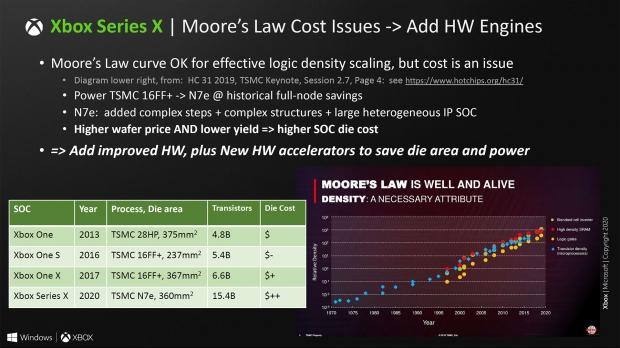 As such, the Xbox Series X's SoC may cost twice as much as the Xbox One X's SoC, which will drive up the console's final costs. How much we don't know, but bear in mind the Xbox One X debuted for $499.

This isn't the only price increase, though.

The 16GB GDDR6 RAM will cost more than the 8-12GB GDDR5 RAM used in the Xbox One family (DRAM has only gone down by 5% in the last 8.5 years), and the PCIe 4.0 SSD flash memory will also cost more than the mechanical HDDs used in existing consoles. So ultimately, everything in the Series X will cost more--including the new 140mm cooling fan.

The Xbox Series X could debut at, say, $549 or thereabouts. Or Microsoft could eat the costs and roll it out for $499 (this doesn't seem likely though).