NASA has taken to its Twitter account to remind everyone of the power of deep space telescopes, and the sheer accomplishment of humans successfully having them observe deep space.

Above is NASA's recent post, and as you can see, the image seems like some sort of veil draped across the sky, but what is it exactly? According to NASA, what we are looking at here is actually the remnants of a star that once sat in the northern constellation of Cygnus. The image, which has been captured with the power of the Hubble Space Telescope, shows us what is left of that supernova blast located 2,400 light-years away.

The star is that exploded is far larger than our Sun, in fact, its 20 times larger, and the explosion itself is estimated to be between 10,000 and 20,000 years ago. Since the initial explosion, the remains of the star have stretched more than 60 light-years from its center. If you are interested in more information about this image, check out NASA's blog post here. 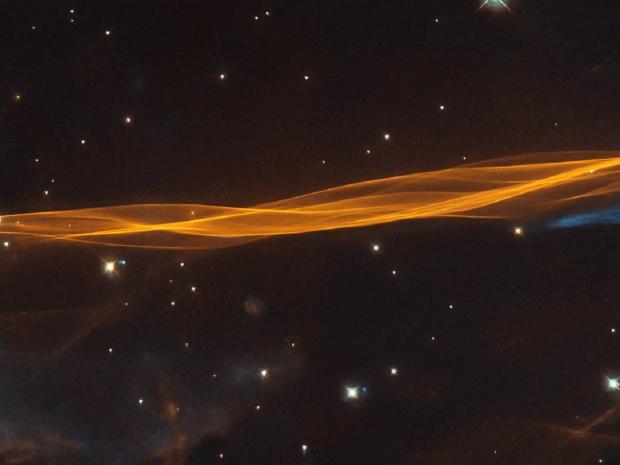 Space!: The Universe as You've Never Seen It Before