A huge leak on AMD's purported Radeon Instinct MI100 acclerator teases that AMD could be serious about not just contending against NVIDIA in the 4K gaming market with a new Radeon to combat the new GeForce RTX cards coming -- but also in the pro market, too. 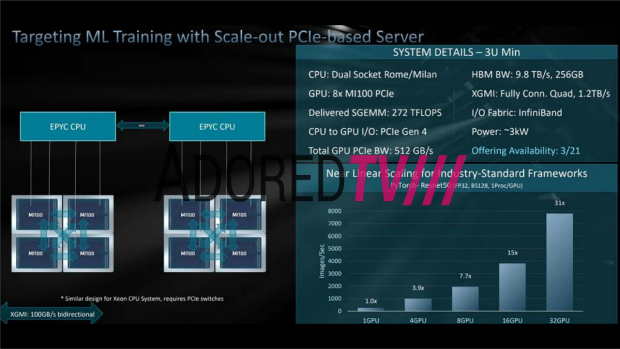 AdoredTV is reporting from some leaked slides that slid into their inbox that AMD's upcoming Radeon Instinct MI100 accelerator is quite the beast. It is being teased in the slides in a dual socket AMD EPYC Rome/Milan system with 8 x MI100 PCIe-based accelerators.

In this system, we'd be looking at 256GB of HBM2 memory with 9.8TB/sec (yes, that's terabytes per second) of bandwidth and an insane 272 TFLOPs of FP32 compute performance using just 3kW of power. 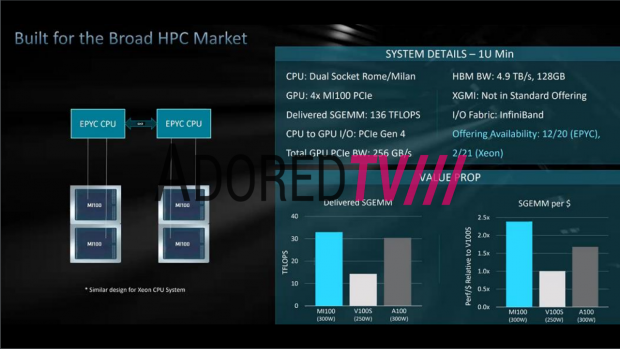 Even in a dual-socket AMD EPYC Rome/Milan server and 4 x MI100 PCIe-based accelerators, we're looking at 128GB of HBM memory on offer with 4.9TB/sec of bandwidth. We see a drop down to 136 TFLOPs here as well. 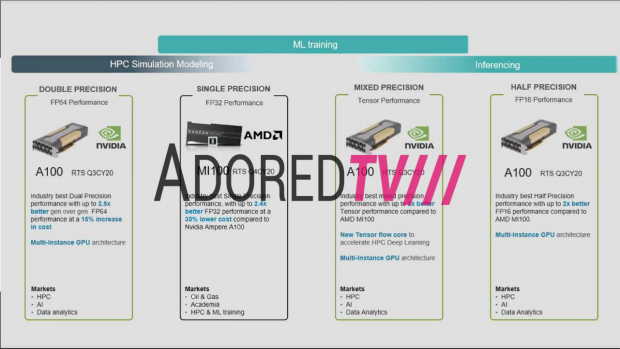 You can see in the leaked slides that AMD is aiming the purported Radeon Instinct MI100 accelerator and its machine learning muscle into HPC simulation modelling and inferencing workloads. This will include oil and gas markets, academia, HPC, AI, and data analytics. 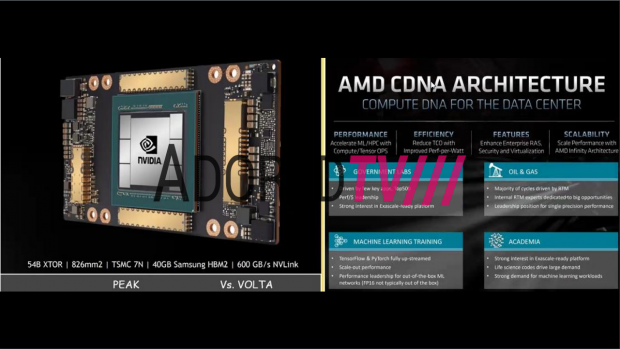