Amazon doubles its Q2 profits to $5.2 billion thanks to huge spending during COVID-19 lockdowns. 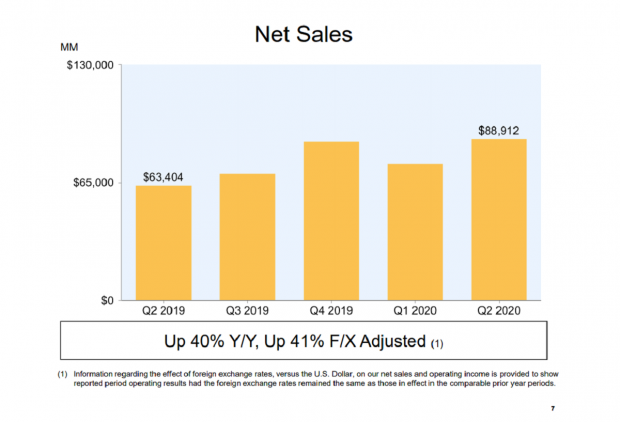 Amazon just reported its Q2'20 profits for the quarter ended June 30, 2020, and the results are astronomical. The retail titan generated $5.2 billion in Q2 profits on $88.9 billion in net sales revenues due to exceptionally high demand in deliveries and shipments from April onwards. North America made up 62% of total net revenues during the period, generating $55 billion in revenues. That's more than double the international sales, which raked in $22.6 billion.

Amazon spends almost as much as it makes, though. The company reported only $2.1 billion of operating income on $55 billion in North American geographical revenues. Altogether, Amazon spent over $83 billion on operating expenses including facilities management and more. 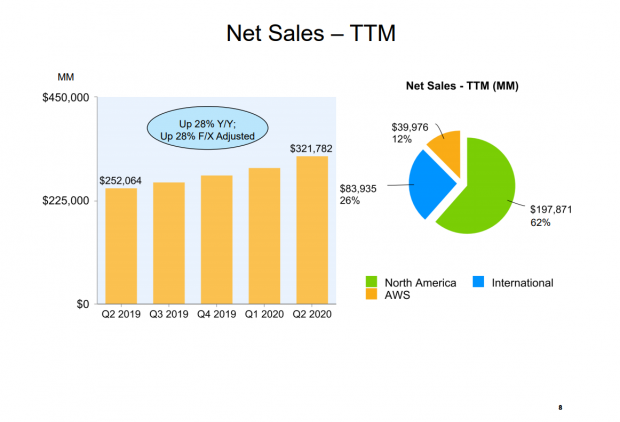 Amazon's trailing-twelve months earnings--which combines all revenues from the last 4 quarters including Q3'19 through Q2'20--amounts to a mighty $321.78 billion, which is more than the total yearly GDP of most countries.

Olsavsky also revealed that Amazon is simply running out of space for inventory to keep up with the demand. The company plans to expand its facility square-footage by 50% in 2020. Most of this extra space will be available in Q3 and materially impact Q3-Q4 revenues.

"Now as we move into Q3, we're starting to - we need to build the inventory more for Q4, and we've run out of space," Olsavsky said.

"In 2019, we increased network square footage by approximately 15%. This year, we expect a meaningfully higher year-over-year square footage growth of approximately 50%. This includes strong growth in new fulfillment center space as well as sort centers and delivery stations. We expect the majority of this capacity to come online in late Q3 and into Q4."