UPDATE:343 Industries confirms the report is false. Halo will ship with multiplayer at launch.

Halo: Infinite may release in November as an incomplete game without any multiplayer, a source familiar with the matter tells Brad Sams. 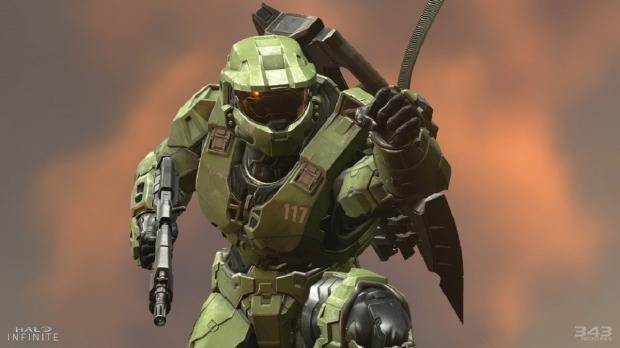 343 Industries didn't show any multiplayer during yesterday's huge Halo: Infinite reveal. Apparently it's possible they didn't show it because multiplayer simply isn't ready, and won't be ready for the game's launch in 2020. A source familiar with 343i's plans says that Halo: Infinite's multiplayer could be delayed post-launch, and the game will instead ship as a campaign-only experience.

"One source is telling me that Halo: Infinite multiplayer is not going to be shipping with singleplayer this fall. We may not see multiplayer yet," Brad Sams said in a recent video.

COVID-19 may have forced this internal delay and fractured Halo: Infinite in two. Developers are working from home and trying not only to build a new Halo game, but to optimize a brand new engine in the process. Making a new game alongside a new engine is a nightmare for any team (just as Valve or BioWare).

Read Also:Halo: Infinite is the last Halo game, 343i confirms no more sequels

This decision could also be exacerbated by Infinite's massive new campaign, which 343i says is "several times larger than our last two campaigns put together."

The game essentially takes on a live game scope with its incredibly sizable new map and RPG focus. 343i has shifted Halo into an FPS-RPG hybrid in an attempt to maximize engagement--no doubt to fuel microtransaction monetization--as well as Game Pass retention, which is Microsoft's new ultimate goal with Xbox.

343 Industries has yet to confirm or disconfirm the news, and if accurate, it may be better just to delay Halo: Infinite until multiplayer is ready. Yesterday's showcase has fans divided, especially insofar as graphics and features. Not everyone agrees with the RPG-ification of Halo, nor do they feel the visuals were representative of a next-gen console.

Halo: Infinite is slated to release in November alongside the Xbox Series X.