The new ASUS ROG Strix XG16 is a 15.6-inch IPS monitor with a native 1080p resolution and a super-slick 144Hz refresh rate, but it's completely portable. It has an internal battery and USB-C connectivity to get you up and running and gaming on the go, whether you're plugging it into your smartphone, console, gaming laptop, or PC.

ASUS includes a large 7800mAh battery that the company says is good for 3 hours of use, while it also rocks two front-facing speakers and a 3.5mm audio jack. ASUS does something a little more special with its ROG Strix XG16 though: gives it a built-in multi-angle kickstand. 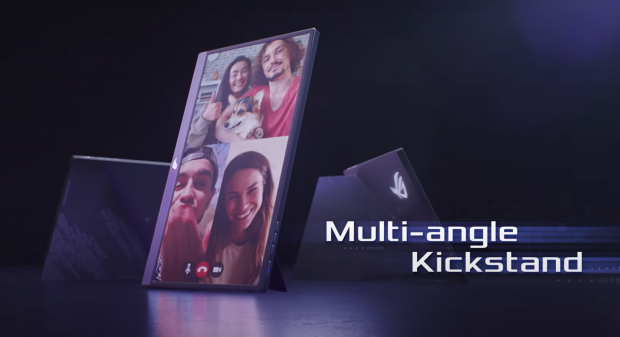 This is much better than giving you a kickstand separately, as it's built into the actual design of the monitor itself.

ASUS explains: "One USB Type-C port supplies power to the monitor and another Type-C port lets you connect to handheld devices such as a smartphone or a Nintendo Switch. If you're connecting your phone via USB-C, the XG16 will supply power to the device to keep it charged while you game".

ASUS will make its new ROG Strix XG16 portable gaming display available in the US later this year in December.