Sony is gearing up for the launch of its next-gen A7S III camera, with the company confirming that it will be making the official debut of its new camera on July 28 at 10AM EDT.

What do we know about the new Sony A7S III camera? We are to expect a "complete redesign of the whole system, including the image sensor" according to Kenji Tanaka, Senior General Manager of Sony's Digital Imaging Group during an interview earlier this year with DPReview.

As for what's inside of the new A7S III camera, we're to expect a new 12-megapixel sensor that will have 15 stops of dynamic range, a super high resolution electronic viewfinder, and a new cooling system. The cooling system will see the Sony A7S III sustain long sessions of video recording, unlike the current A7S II.

Sony should bake in some glorious 4K 120FPS video shooting abilities with its new A7S III camera, where it will reportedly be capable of shooting 10-bit 4:2:2 recordings. We're expecting to see the same 409,600 max ISO for video which will keep low-light shooters happy. 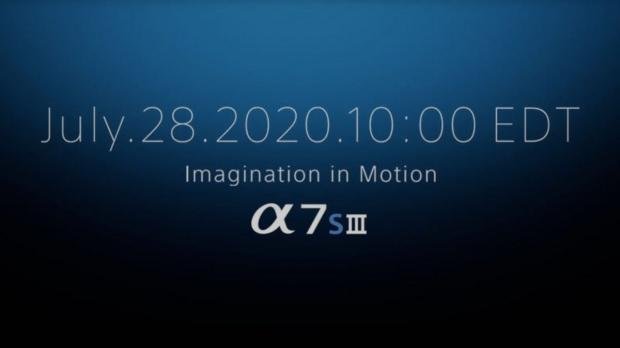