SK Hynix has just announced it has begun mass production of HBM2E memory, which boasts higher transfer speeds of 3.6Gbps/pin, and can handle capacities of up to 16GB per stack. 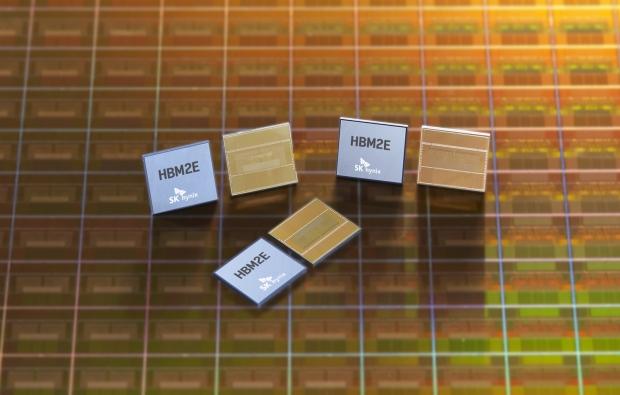 HBM2E is an upgrade over HBM2, with twice the capacities over its predecessor we're looking at 8-Hi, 16GB stacks. The new HBM2E memory standard can be clocked at up to 3.6Gbps/pin, which is faster than the 3.2Gbps/pin that the official HBM2E spec has at its maximum.

What does this mean? Companies can use HBM2E memory controllers that handle the higher 3.6Gbps/pin speeds, which is out of spec -- a nice 'free' upgrade. A single 1024-pin stack provides 460GB/sec, while a 2048-pin stack provides 960GB/sec, a 6-stack configuration would offer a simply mind blowing 2.76TB/sec of memory bandwidth.

Don't expect this to be on a new consumer Radeon or GeForce graphics card in the near future, but rather HPC and supercomputers.