The unannounced Xbox Series S shaves off a bunch of features, but it won't skimp out on CPU speeds. 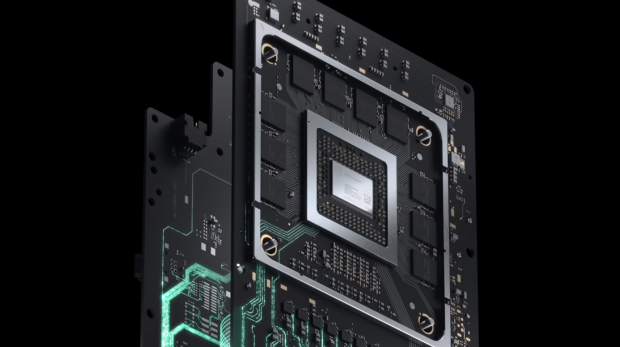 The Lockhart speculation saga continues to evolve with new developments, and things are starting to heat up. New reports from The Verge's Tom Warren, who has spoken to inside sources close to Lockhart's development, allege the Xbox Series S's CPU is the same as the Xbox Series X.

We previously believed everything on the Series S (Lockhart) would be downgraded in order to save costs, but it appears Lockhart will use the exact same 8-core, 16-thread 3.8GHz Zen 2 CPU as the Series X. If accurate, the Xbox Series S would be a smidgen faster than the PlayStation 5's 3.5GHz CPU.

The Series S is still believed to have a significantly weaker GPU, though. The console targets max perf of 1440p 60FPS and doesn't necessarily need the huge 12TFLOP monstrous GPU in the Series X. Instead, Lockhart should use a 4TFLOP Navi RDNA 2.0 GPU that's capable of the hardware-based ray tracing and other graphical/performance wizardry as the Series X, just on a much smaller scale.

If this is true, the Series S may not be as cheap as we expected. The Series X is expected to retail for about $499, and the Series S could drop to $399 or thereabouts. However, the Series X's GDDR6 RAM and SSD alone cost $250 to manufacture, so keep that in mind.

Microsoft is believed to shave off other features to lower manufacturing costs and pass those lowered costs down to consumers. The Series X may be a digital-only console without a disc drive, for instance.

Microsoft has yet to officially confirm the Xbox Series S' existence, but the company has referenced it multiple times in recent documents. First a Lockhart was spotted in Windows 10 code, and then a full-on profiling mode was found in a recent Xbox Game Development Kit update.

The Xbox Series S should be announced in an upcoming event in August, but again nothing's been officially announced or confirmed so far. Check below for a comparison on what to expect from Microsoft's upcoming next-gen console family.