AMD is expected to enter the arena with Big Navi in just a few months time, with its new RDNA 2 architecture powering what should be the new Radeon RX 6000 series led by the flagship Radeon RX 6900 XT. 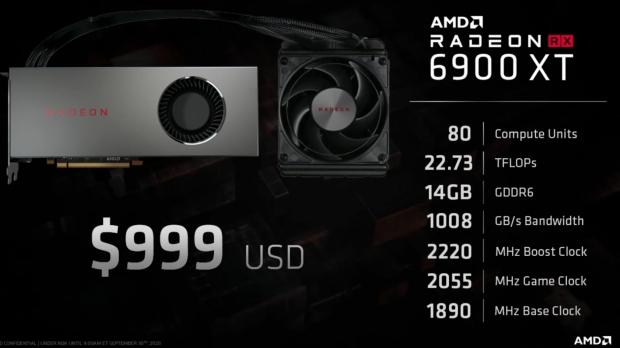 A new leak has appeared online teasing all of the specs of the Radeon RX 6900 XT -- but it's so totally fake, for as exciting as it sounds. The Radeon RX 6900 XT, at least in these leaked specs, is a beast. We have a huge 80 compute units offering 22.7 TFLOPs of compute performance, and a gigantic 14GB of GDDR6 memory. 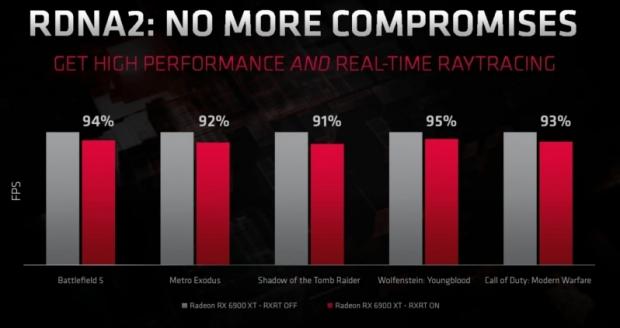 AMD will offer the Radeon RX 6900 XT for $999 according to these leaked specs.

But in the leaked slides is "RXRT" which is AMD's turn at ray tracing with the "RXRT" standing for Radeon RX Ray Tracing -- seems weird. Microsoft DXR is what is powering the ray tracing side of those games, not "RXRT". 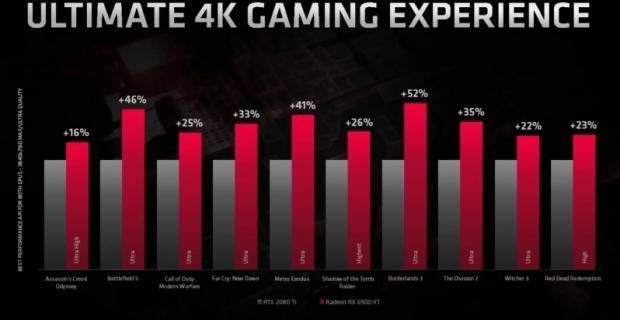 On the 'Ultimate 4K Gaming Experience' slide, the leaker has made some errors here including not naming 'The Witcher 3' properly (AMD would never refer to it as just 'Witcher 3') while Red Dead Redemption isn't even on the PC. Its sequel, Red Dead Redemption 2 is, but not the original game.

But it has to be the oh-so-clear use of the original image of the "Radeon RX 6900 XT" which looks to be the Radeon RX Vega 64 LCE and Radeon RX 5700 if they had a baby. The leaker seems to have Frankenstein-ed the image, with AdoredTV explaining: "liquid radiator and pipes come from the Vega64 Liquid picture shown to the bottom-right, with the exact same shadowing, right down to the fan blades". 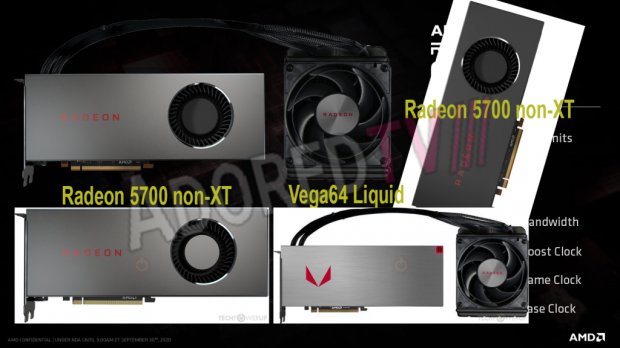 Better yet, the team at AdoredTV goes deeper: "Speaking of which, the shadows on the radiator clearly show a light source coming from 11 o'clock, but the shadow on the hub of the blower fan shows a light source from 9 o'clock. The hub of the blower was taken from a different photo of a Radeon 5700 (non-XT), likely because of the stark shimmer of the hub from first picture of the 5700 non-XT needed to be altered to make it more unique and not as readily recognizable".