EA today stealth dropped all of its modern Battlefield games on Steam, as well as Mass Effect and both Battlefront games. 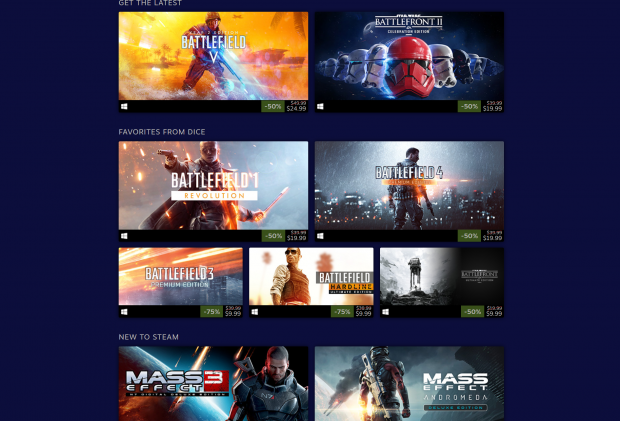 EA is doubling down on catalog game sales, and they really want to maximize earnings on old games. Valve in return wants Apex Legends, so expect that to show up on Steam eventually as well. But for now we have some of the best shooters dropping on Steam, including four different Battlefield games, Battlefronts I & II, and a Mass Effect duo that allows Steam gamers to own the full ME series.

Check below for a full list of the new games on Steam. These titles join the 25 previously released games that launched on Steam this month, including Dragon Age 2, Dragon Age: Inquisition, and more. Also remember all of EA's games will now launch simultaneously on Steam and Origin at the same time.