Bungie is pulling some time-traveling shenanigans to bring back one of the most iconic end-level battles in gaming history. 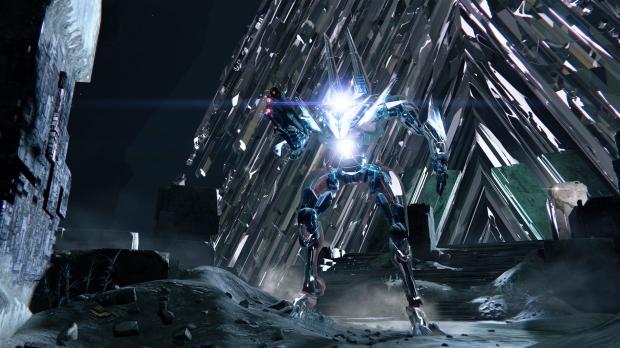 Destiny 1's beloved Vault of Glass raid is coming to Destiny 2, but not in 2020. Game director Luke Smith today confirmed the news as part of Bungie's massive block of announcements.

The Vault of Glass raid wasn't ever really gone, though. It was just put into something called the Destiny Content Vault, which is Bungie's big content preservation initiative. The Destiny Content Vault, or DCV, is a new strategy that sees older content and destinations rotating out of the main game and being stored in the vault. Likewise, some old content will rotate back in when it's deemed fitting. In this case, the Vault of Glass' return will happen after Destiny 2's new Beyond Light expansion drops in September.

"Furthermore, we consider all Destiny 1 and 2 destinations and activities part of the new DCV and we're going to be pulling from that archive - revisiting some of the most interesting places in Destiny's history - from now onwards. It's why the original Destiny 1 Raid - the Vault of Glass - will be returning to Destiny 2 in Year 4," DeeJ said in the recent Bungie.net update.

Bungie also confirmed Destiny 3 isn't happening, and that no new sequels will release.

Destiny 2 is the end-all for the franchise. The IP is now one continuous service game, and Bungie will use the DCV to store and resurrect content in a kind of rotating beat alongside major expansions to keep things fresh.

This new endeavor kicks off with Season of the Arrivals, which sets the ominous tone for the Beyond Light expansion in September.