We've said it a few times; it's uncommon to get significant discounts on Apple gear. The gang from Cupertino tends to keep its margins very high, and saving significant money is something that Apple fans have to search for. Any Apple fan needing to replace an older MacBook Pro might want to check out a deal Amazon has going right now on the 16-inch version of the notebook. 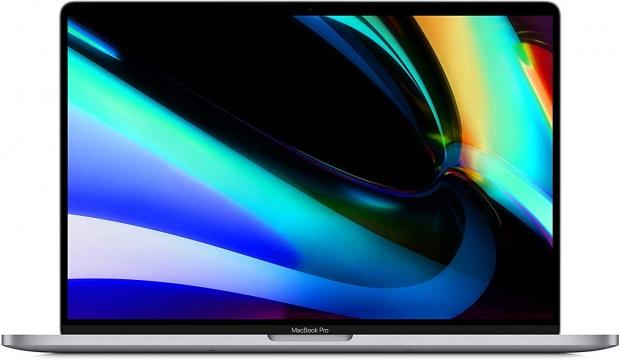 Typically, the 16-inch MacBook Pro with 16GB of RAM and 512GB of storage sells for $2399. Amazon is currently offering $300 off, making the notebook $2099. For those wondering, the machine uses an Intel Core i7 operating at 2.6 GHz and up to 4.5 GHz with Turbo Boost. That is a six-core processor, and the notebook has the Touch Bar and Touch ID.

Graphics are handled by an AMD Radeon Pro 5300M GPU with 4GB of GDDR6 and the ability to automatically switch with the integrated Intel UHD graphics 630 when extra performance isn't needed. Storage is to a 512GB SSD, and the machine has a quartet of Thunderbolt 3 ports with support for charging. Other connectivity options include a DisplayPort and USB 3.1 port.

Bluetooth 5.0 is integrated, and Apple ships the machine with a 96W USB-C power adapter and charge cable. The integrated sound system has six speakers, including dual force-canceling woofers. An integrated studio-quality three-mic array. The discount is available on both silver and space gray color options. Stepping up to 1TB of storage and an Intel Core i9 processor will cost $2499, which is the same $300 discount off the normal $2799 price. Apple launched its new 16-inch MacBook Pro in November 2019. Choosing all the options will cost over $6000.