AMD took to its blog last month in a new article titled "Game Beyond 4GB" where it took a look at its new Navi-based Radeon RX 5500 XT graphics card in both 4GB and 8GB variants. 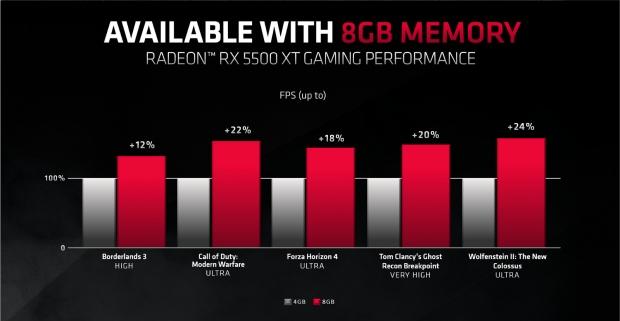 AMD even ran DOOM Eternal on the Radeon RX 5500 XT 4GB and 8GB cards, with the Ultra Nightmare graphics setting seeing the Radeon RX 5500 XT with 8GB of VRAM running at 75FPS at 1080p. The 4GB version? Couldn't even enable the graphics settings. Sure, you could disable a couple of settings and it would run anyway, but AMD is trying to make the point here is that 8GB is the future.

You can read more about that here.