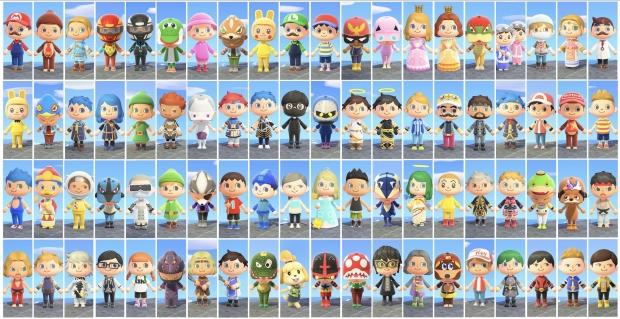 Posted to the Animal Crossing subreddit, user DJ-Dez celebrated this massive achievement by saying that after 400+ hours, "Every smash bros ultimate character transported into the animal crossing world! Nintendo, this is my job application". This massive task was completed by the player using a variety of different hats and costumes, and all in all, most of the characters look fairly spot on.

This post was met with massive community support, and at the time of writing this, it has gained 36.5K upvotes and several different awards. If you are interested in shopping for any of the looks seen in the above image, the creator has provided his creator ID so you can download them for free. Here's the creator ID: MA-3790-6501-6469. For more information on Animal Crossing: New Horizon, check out the subreddit here.