We imagine most computer enthusiasts know about woot.com and the deals the website has at times on very nice hardware at huge discounts. The latest discounted product is a mid-2019 Apple MacBook Pro with Touch Bar. The machine is a 15.4-inch notebook with a 220ppi Retina Display and an Intel Core processor under the hood. 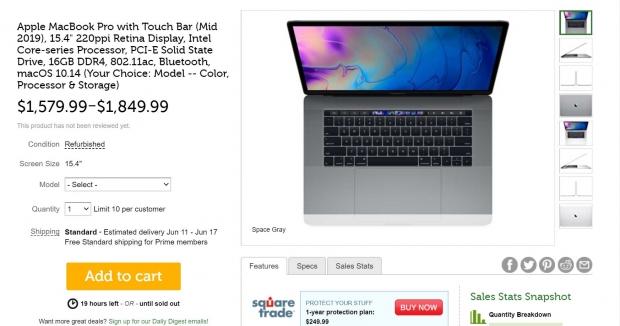 As of writing, the notebooks are significantly discounted at $1579.99 to $1849.99, depending on the processor and storage chosen. To be clear, all of these machines are listed as refurbished. While there's nothing wrong with them, some of these machines might not look like new. There is no mention of scratches or blemishes in the woot listing.

The other machine is space gray and features the same 512GB SSD and Core i9-9880H processor. All three of the machines have the same 16GB of RAM, Bluetooth, Wi-Fi, and other hardware. The version of the machines with the Core i7 sells for $1579.99. Versions with the Core i9 sell for $1849.99. Woot is kind enough to let buyers purchase up to 10 of the machines at these prices. The Mscs only ship in the continental United States, Alaska and Hawaii are out of luck. In other Mac news, Apple announced recently that the mid-2012 MacBook Pro would be obsolete on June 30. 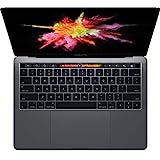