According to a new graphic from Learn Bonds, the console and handheld hardware market has sold over 1.56 billion units since the Atari 2600's release in 1977. But some of the numbers are off. 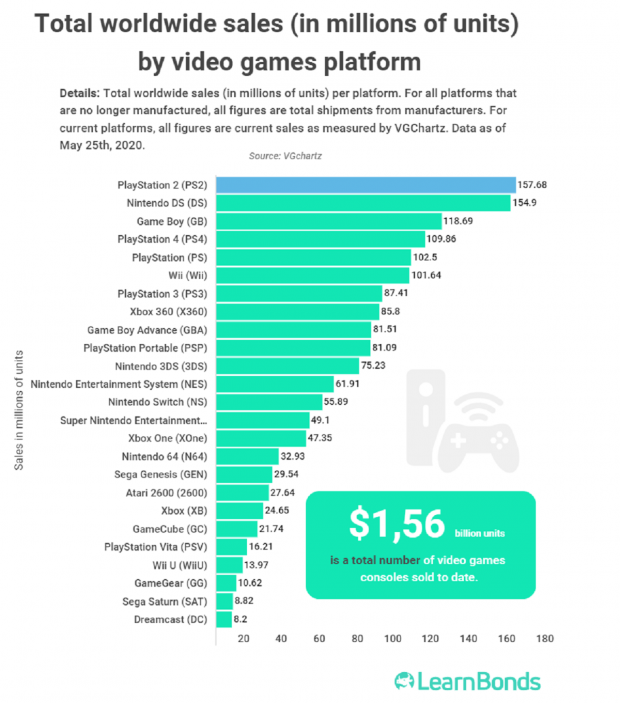 So just how many consoles, Gameboys, Game Gears, and other handhelds have been sold to date? The latest findings from Learn Bonds give us ballpark figures of how 25 platforms sold across multiple geneartions, but there's lots of caveats.

Secondly, the data is based off of VG Chartz, which relies on estimates and has been criticized for reporting wrong figures.

Still though this is an interesting approximation of how each system stacks up against one another. It's certainly depressing to see the Dreamcast, one of the most innovative systems of all time, drop to the very bottom of the list.