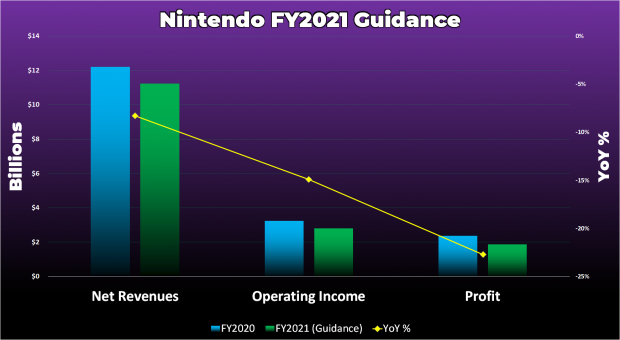 This momentum won't continue for this year--at least Nintendo doesn't think so. For this fiscal year, FY2021, Nintendo laid out conservative forecasts. The company expects net revenues to drop by 8.3% to $11.24 billion, operating income to dip by almost 15% to $2.81 billion, and total profits to plummet by 22% to $1.874 billion.

Nintendo FY2021 Guidance by the Numbers 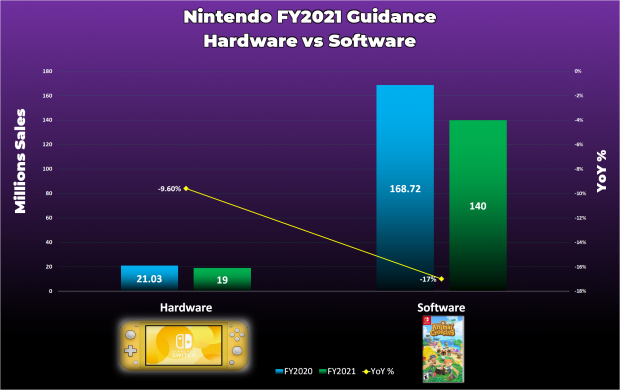 Nintendo Switch hardware and software sales are also expected to dip, which could simply be conservative on Nintendo's part, or it could reflect what's to come this year, e.g. a smaller slate. Rumor has it Nintendo will launch a number of Mario remasters and re-releases this year to celebrate the plumber's 35th anniversary.

FY2020 was lightning in a bottle with Pokemon and Animal Crossing in the same period--AC: New Horizons sold 11 million copies in 11 days and accounted for nearly 7% of all Switch software sales in the year despite launching just two weeks before the FY ended--and FY2021 may lack heavy-hitters. 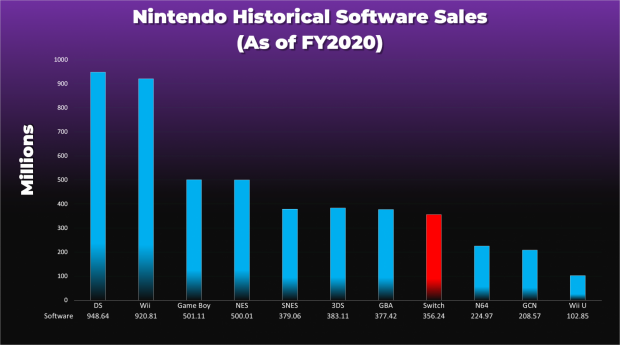