Cyberpunk 2077 on its own looks jaw droppingly good, but what about a movie version of the game? There's plenty of movies that Cyberpunk 2077 takes influence from, but now a fan film has been made and there's a 1-minute teaser you just need to check out:

How good does that look? Cyberpunk 2077: Phoenix Program is a fan fiulm made by action movie director Vi-Dan Tran who is an action designer/stuntman with the Jackie Chan Stuntteam. The fan film was made with a bunch of out-of-this-world cosplayers, including actor Ben Bergmann who plays Johnny Silverhand, which in Cyberpunk 2077 is played by The Matrix and John Wick franchise star Keanu Reeves.

Bergmann looks breathtaking in the role of Silverhand, featuring the same hairstyle, glasses, and more. He looks great in the role, and while we only see very quick shots of Phoenix Program, what we see makes me want to watch a hell of a lot more.

Tran has worked in the stunt department of some pretty big movies and TV shows that include Skyfall, Into the Badlands, Cloud Atlas, and many more. 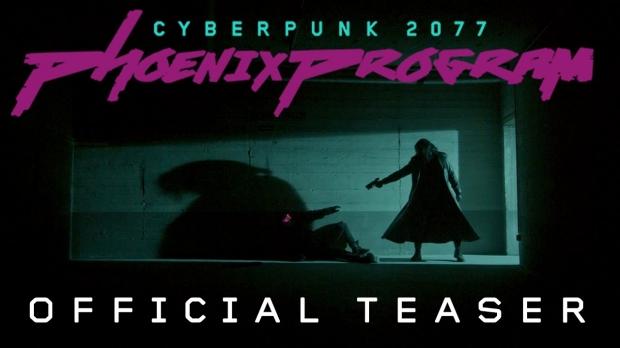