Intel's upcoming DG1 graphics card has been spotted hanging out in the SiSoft Sandra database, with its 768 cores at up to 1.5GHz (expect this to be higher at launch) as well as 3GB of VRAM. 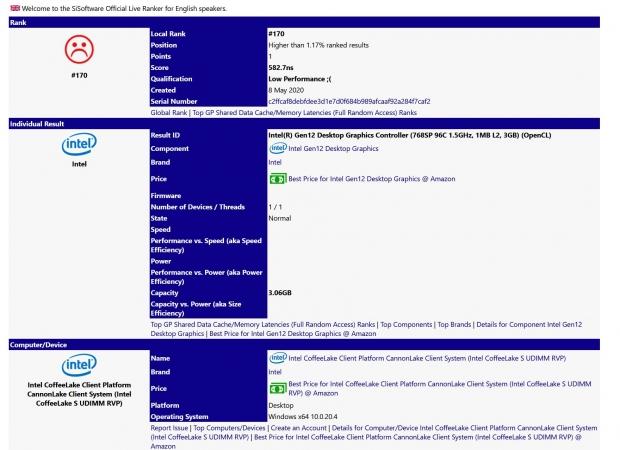 This isn't going to be some GeForce killer, but we should instead expect this particular DG1 graphics card from Intel to start knocking around the enterprise market. There will be another SKU that will be for gamers, and I'm sure it'll also have much more VRAM (at least 4GB, more likely 6-8GB and hopefully many more GPU cores and clock speed).

However, in this form the Intel DG1 has 1.9TFLOPs of compute power -- meaning it is faster than the original PlayStation 4. It's also good enough for minimum spec for VR gaming, in case you wanted to do that.

We should expect some more information on Intel and its DG1 graphics card in the coming months before it launches.