Apple and Google are working on a contact tracing system to help people know if they've been near anyone who has been diagnosed with coronavirus/COVID-19. The duo has announced that they will not allow location tracking in the new app. Combined, Apple and Google's operating system's power 99% of all smartphones. The duo surprised many when they announced that they would work together to create a system to notify people who have been near others that have tested positive for COVID-19. 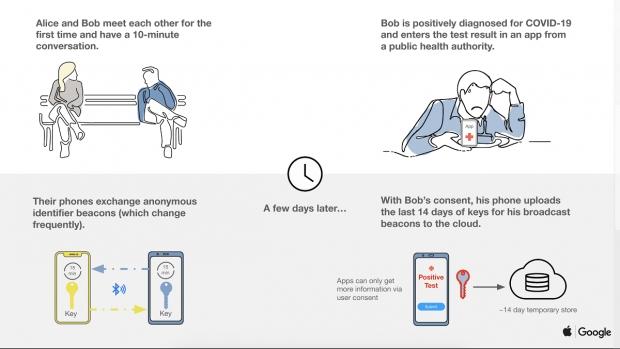 The companies issued a joint statement that said the Bluetooth identifiers they are using rotate every 10 to 20 minutes to help prevent tracking. Companies also say that users would have to enable the technology specifically and that it could be turned off by the user at any time. One potential issue is that for users with devices who don't want to be tracked, yet may be infected, can turn off Bluetooth. Those who have low battery power resulting in Bluetooth being turned off automatically could result in some potentially infectious encounters not being tracked.

The two technology companies have said that only one app per country will be allowed to use the contact tracing system in order to avoid fragmentation and encourage adoption. However, national subunits for states will be supported. The tracking system was first announced last month.