Google and Apple have announced a new coronavirus tracking system, and it will be rolled out to both Android and iOS users. 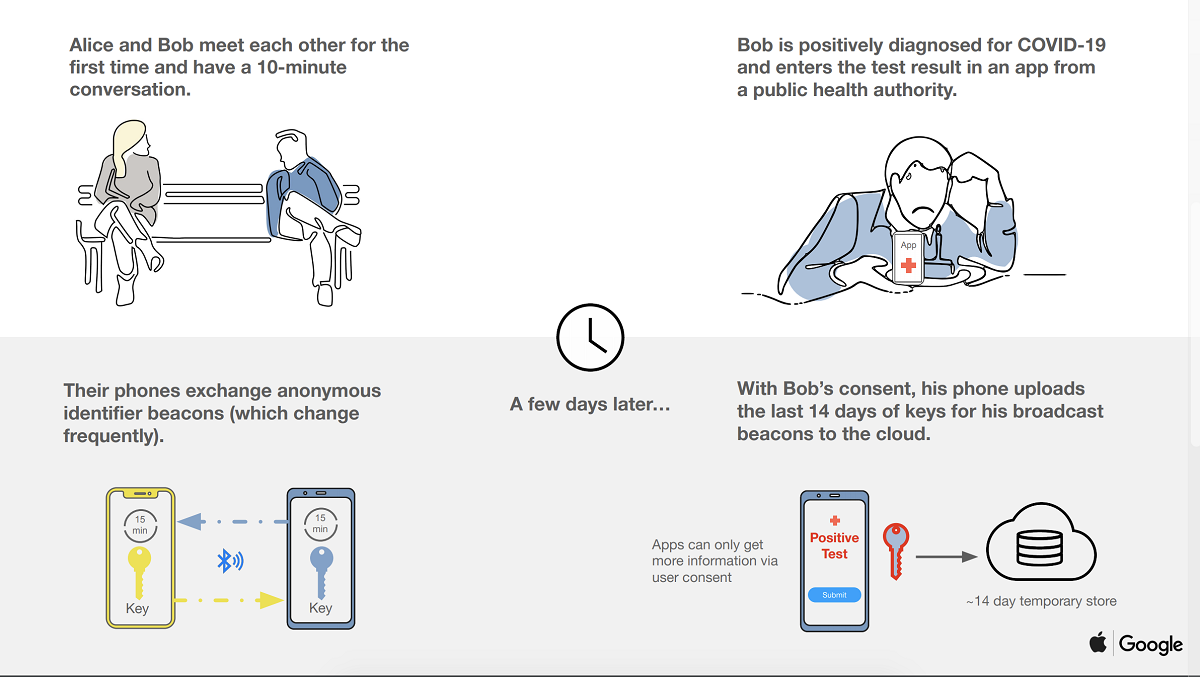 A newly released white paper, has detailed that both Google and Apple will be building a new coronavirus tracking system that will use Bluetooth Low Energy (BLE) transmissions to allow users to voluntarily flag if they have contracted the coronavirus. This data will then be shared with approved apps from health organizations. The new system will also alert users if they have come into close contact with someone who has contracted the virus.

Apple and Google plan on rolling out its iOS and Android API's this May, so that apps designed by health authorities can implement their services into it. Both Apple and Google eventually plan on baking this service into their underlying operating system as an option that will become available to everyone using iOS or Android. An example of how the tracking system works can be seen in the above image. It should also be noted that Google and Apple will still be protecting the privacy of users by having users' keys change every 15 minutes.