For one of the biggest reveals in decades, the Pentagon has just released not one, but three different videos of UFOs -- yeah, unidentified flying objects. The truth really is out there.

I should correct myself: they're not called UFOs, because that's so 1999 -- the US Defense Department refers to them as unidentified aerial phenomena. This isn't new and it's something that I covered in 2019, with the previously released footage coming out in "unauthorized releases in 2007 and 2017".

In a statement, the US Department of Defense said: "The US Navy previously acknowledged that these videos circulating in the public domain were indeed Navy videos. After a thorough review, the department has determined that the authorised release of these unclassified videos does not reveal any sensitive capabilities or systems, and does not impinge on any subsequent investigations of military air space incursions by unidentified aerial phenomena".

The DoD continued: "DOD is releasing the videos in order to clear up any misconceptions by the public on whether or not the footage that has been circulating was real, or whether or not there is more to the videos. The aerial phenomena observed in the videos remain characterised as 'unidentified'".

One of the videos is from 2004 and recorded by the USS Nimitz -- while the other two videos are from 2015. The 2004 video had two airmen describing what they saw as 40 feet long, and an oval shape.

Commander David Fravor was cruising the clouds in one of two fighter jets that were deployed to check out the UFO, where he told the New York Times that when he got close to it, the UFO "accelerated like nothing I've ever seen". He jokingly (but probably seriously) said: "[But] I want to fly one". 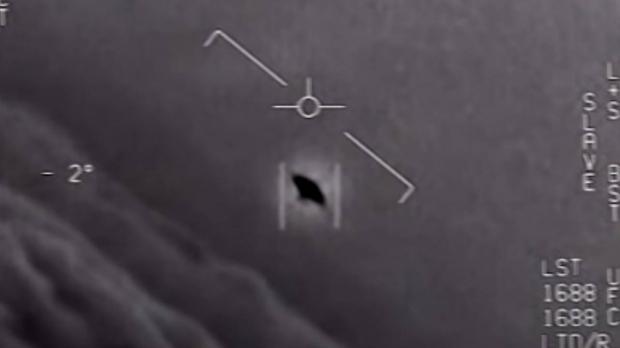