With the coronavirus currently keeping people around the world stuck inside their homes, many are turning to Netflix and other streaming services to stay entertained. Netflix has silently launched a new update for its Android app that adds a Screen Lock button in the bottom left-hand corner of your content. The control lock is great for those who tend to watch on a small screen, such as a smartphone or tablet held in hand. 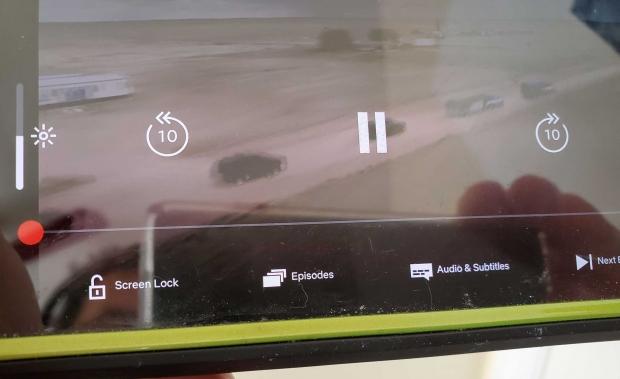 Anyone who's done this knows that as you shift your hand position, often you touch the screen resulting in the controls popping up opening the door for an accidental press on a button to skip forward or backward. That's an annoying problem that everyone has to deal with when using the Netflix app when holding advice in hand. Netflix's new update is currently only available on the Android app.

With the screen lock button pressed, a tap of the screen no longer opens the user interface allowing for accidental presses on playback controls. Instead, users of the Android app will see an icon that says Screen Locked along with a button that can be pressed to unlock the controls. Parents should also find this update useful as it could keep kids from constantly pausing the content that is keeping them quiet while you work.

The feature reportedly came as a server-side change and should be live for all Android users. It's unclear when the same change might turn up for iOS users, but presumably, it will turn up. Any change that makes Netflix more usable at a time when people are using it more than ever is welcome. One of the saddest bits of Netflix news to surface recently was that season 2 of The Witcher was delayed due to the coronavirus.