Horizon Zero Dawn is coming to PC this summer, Sony officially confirms. Guerrilla confirms the game will be sold on Steam.

Starting with Horizon Zero Dawn, Sony is set to follow Microsoft's lead and break console exclusivity on its biggest IPs. Guerrilla's landmark adventure will be the first PlayStation 4 exclusive to cross over to PC in summer 2020. Sony is careful to say that not every game will cross over to PC, though.

"Yes, I can confirm that Horizon Zero Dawn is coming to PC this summer.... There will be more information coming from Guerrilla, from the new studio directors pretty soon," director of Sony Interactive Entertainment Worldwide Studios Hermen Hulst said in a recent interview.

Hulst goes on to say that Sony is open to publishing and releasing more exclusives to PC, but that won't be the case for every game. They're not going to pull a Microsoft and simultaneously release all PS4 games onto the platform.

"I think it's important that we stay open to new ideas of how to introduce more people to PlayStation, and show people maybe what they've been missing out on.

"And to maybe put a few minds at ease, releasing one first-party AAA title to PC doesn't necessarily mean that every game now will come to PC. In my mind, Horizon Zero Dawn was just a great fit in this particular instance. We don't have plans for day and date [PC releases], and we remain 100% committed to dedicated hardware."

Horizon Zero Dawn Complete Edition is due out on Steam in Summer 2020.

EARTH IS OURS NO MORE

Experience Aloy's entire legendary quest to unravel the mysteries of a world ruled by deadly Machines.

An outcast from her tribe, the young hunter fights to uncover her past, discover her destiny... and stop a catastrophic threat to the future.

Unleash devastating, tactical attacks against unique Machines and rival tribes as you explore an open wold teeming with wildlife and danger. 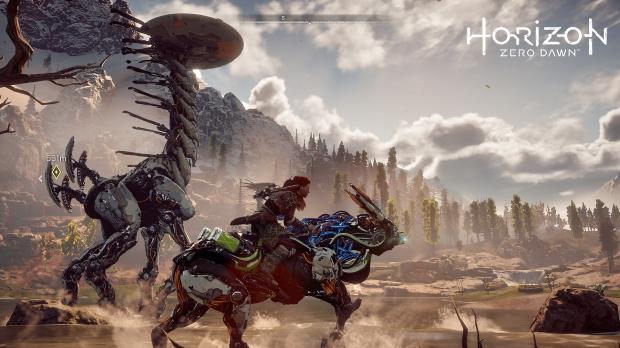