When researchers look out into the vastness of space, there are many mysteries to be solved, but one, in particular, has puzzled researchers for quite some time. 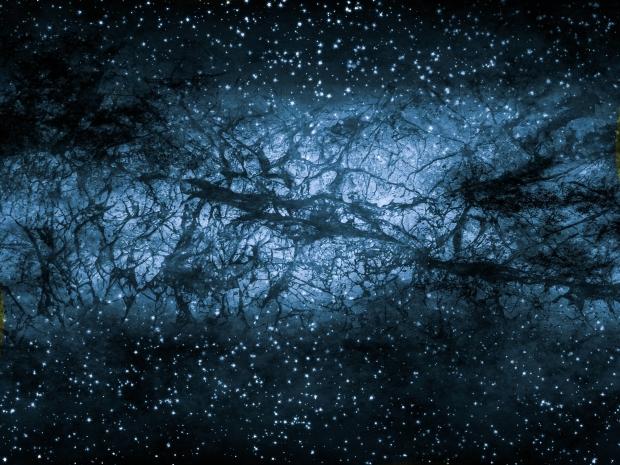 That mystery is dark matter. Dark matter cannot be observed directly, but researchers know that its there due to how other objects in the cosmos react to its gravity. Unfortunately, researchers have been strapped for answers when it comes to explaining the origin of dark matter and the role it played and is still playing in the creation of the universe. A new study conducted by researchers located at the University of New York may have answered these head-scratching questions.

The researchers explain that dark matter's secret might be located in a specific type of particle called d-star hexaquark. Researchers who worked on the paper say that these d-star hexaquarks might've been in extremely high quantities at the time of the Big Bang. They also state that they may have formed together to become a fifth state of matter known as Bose-Einstein condensate as they cooled. According to Professor Daniel Watts of the University of York, "The origin of dark matter in the universe is one of the biggest questions in science and one that, until now, has drawn a blank."

He continued, "Our first calculations indicate that condensates of d-stars are a feasible new candidate for dark matter. This new result is particularly exciting since it doesn't require any concepts that are new to physics."

While this new candidate to answer the big question of dark matter hasn't been confirmed yet, it's possibly the best theory we have at the moment. Of course, researchers will continue to do many calculations on d-stars and attempt to both prove the theory wrong, and help assist it to legitimacy.