Samsung unveiled its new Galaxy S20 family of smartphones last month at its Unpacked 2020 event, with the new Galaxy S20, Galaxy S20+, and Galaxy S20 Ultra all detailed and showed off to the world. But now? Now we have some teardown action:

The fine folks at iFixit have ripped apart (very carefully), Samsung's new flagship Galaxy S20 Ultra smartphone. The teardown video is a nerds BFF, showing off the massive 108-megapixel camera sensor that just on its own is impressive -- it takes up twice the surface area of the 12-megapixel sensor inside of the iPhone 11 series from Apple.

Most of the space inside of the Samsung Galaxy S20 Ultra is used up by the required chips -- Qualcomm's flagship Snapdragon 865 processor and Snapdragon X55 5G modem, as well as the huge array of camera sensors, circuit boards, and more. Joined in that space being used is the huge 5000mAh battery, too. 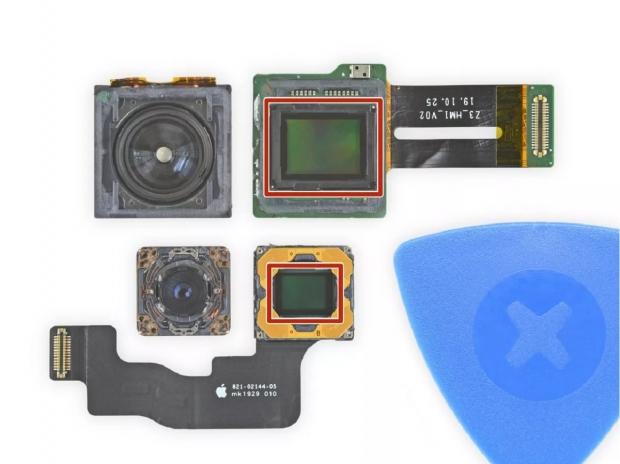