It was only a few weeks ago that astronomers announced that they received what is called Fast Radio Bursts from deep space. Now, a Harvard scientist and astronomer have said that it could be aliens who are sending the signals. 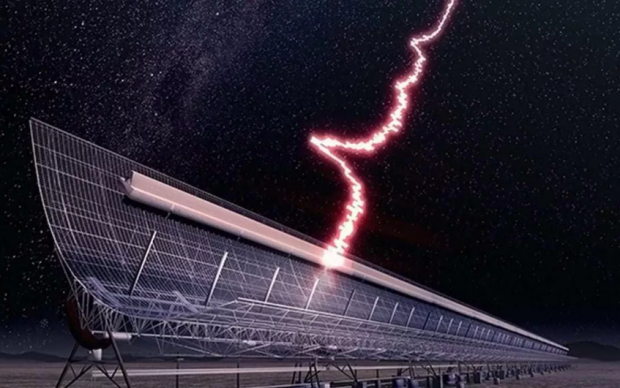 If you don't know what Fast Radio Bursts (FRB) is, here's a quick summary of what has happened so far. In January 2020, astronomers picked up FRB's from deep space, and while this is originally a rare finding, these signals are usually traced back to a cosmic event such as stars colliding. What puzzled astronomers were that these new FRB's were arriving in a regular pattern.

The pattern was that the FRB goes through a four-day cycle of regular activity almost every hour, then after those four days, it would go dormant for 12 days. The researchers also said that the source of the FRB would sometimes skip it's four-day activity period and only let out a single burst. This discovery broke all explanations towards for what the source of the FRB could be.

Now, Harvard scientist and astronomer, Abraham Loeb has said, "At the moment we do not have a smoking gun that clearly indicates the nature of FRBs. So all possibilities should be considered, including an artificial origin. A civilization might generate a powerful beam of light to propel cargos with a sail, and we could observe the leakage of that radiation outside the boundaries of the sail."

He also said that the explanation could be much simpler than aliens, "We observe periodicity in many astrophysical systems such as pairs of stars. Therefore, by itself-periodicity is not unusual enough to require an artificial origin. If we detected a Morse coded message, the data would have required a more creative interpretation."

Researchers are still trying to find out the source of the FRB, but they have said that the periodic timing of them is a very important clue. "The discovery of a 16.35-day periodicity in a repeating FRB source is an important clue to the nature of this object" said astrophysicists in Canada.