CD Projekt RED is hard at work on what should be one of the biggest releases of 2020, with Cyberpunk 2077 dropping on September 17, 2020 -- but now NVIDIA has some good news to share. It was only a couple of days ago that NVIDIA announced its GeForce RTX 2080 Ti Cyberpunk 2077 Edition graphics card -- you can win one of those here.

NVIDIA has announced it will have Cyberpunk 2077 available on its newly-launched GeForce NOW game streaming service, the first day it launches. NVIDIA explains: "Cyberpunk 2077 will be available to play on GeForce Now on the day it's released. GeForce Now members will be able to grab their copy on Steam and play the game the moment it's available".

NVIDIA continues: "GeForce Now Founders members can explore the streets of Night City with RTX ON, fully optimized and instantly available, even on your Mac laptop. We're thrilled to work with CD Projekt Red to bring its eagerly-anticipated game to GeForce Now".

Cyberpunk 2077 will have RTX technologies enabled through GeForce NOW, which means you can play the game in the best possible way, on virtually any device -- including an Apple Mac. 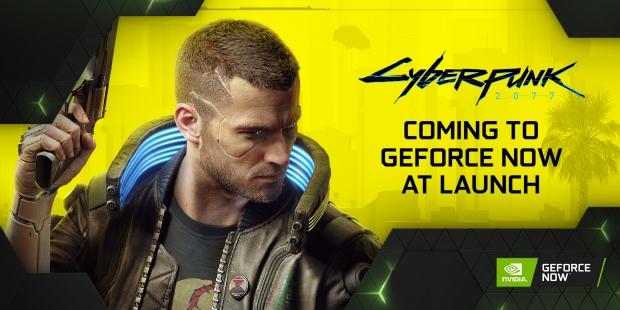