I would have to say that this deepfake video of Keanu Reeves and Hugo Weaving being inserted from The Matrix and being deepfaked into Office Space is one of my favorites so far. Check it out:

YouTuber Ctrl Shift Face worked with Chris Ume did some great work seeing Neo take the blue pill in The Matrix, which saw him inserted back into the fake reality and not taking the red pill coming into the real-world. Neo wakes back up in his crappy life, but instead he is now deepfaked into Office Space.

Neo -- or I guess in this case since he never came out of The Matrix, Mr. Anderson, hangs up on Morpheus and goes back to his job but in the end he hates his life so much he jumps off the roof killing himself... but it's done beautifully using a scene from The Matrix. Amazing work, something I seriously want to see more of.

The Avengers stars Tom Holland and Robert Downey Jr. were recently deepfaked into the roles that Michael J. Fox and Christopher Lloyd played in Back to the Future. I don't know which one I love better, but man is this deepfake technology getting good... like, really good. 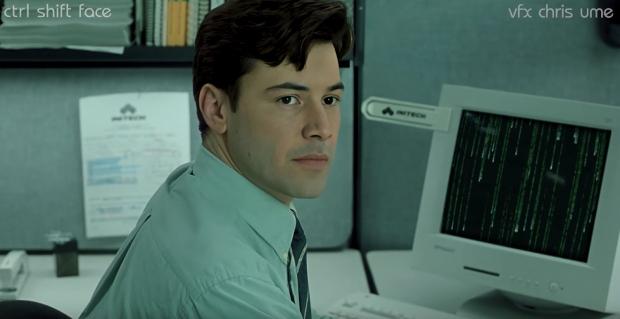