A team of researchers in China has successfully mixed DNA cells of a monkey with a pig embryo, creating the first every 'pig-monkey'. 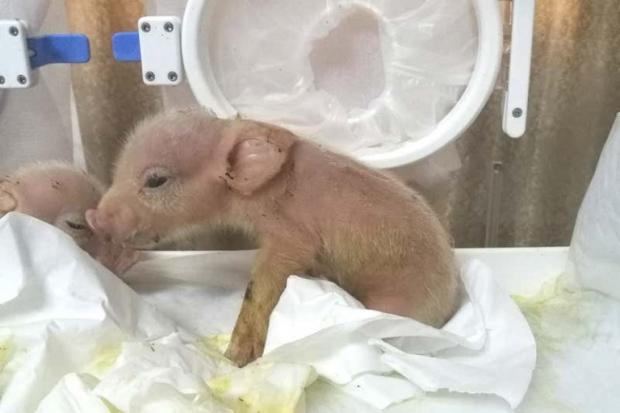 In a new report by NewScientists, scientists and researchers from State Key Laboratory of Stem Cell and Reproductive Biology located in Beijing have created the very first pig-monkey chimera. If you aren't sure what a 'chimera' is, it's an organism that contains living cells of another organism. A natural example of this would be a human fetus absorbing its twin in the womb.

A not so natural example of a chimera is pig monkeys. The team of researchers took cells of a monkey and combined them with pig embryo's; they then placed those embryo's in female pigs and observed their growth. Out of the 4,000 embryos that were being tested, only ten pigs managed to be successfully grown and birthed. Out of those ten pigs that were birthed, only two of them were actually chimeras, and those two died just a week later. Scientists haven't yet determined their cause of death.