Wizards of the Coast, the company behind Magic the Gathering and Dungeons and Dragons, just opened an ambitious new games development team with a superstar team made up of BioWare devs.

The new studio is called Archetype Entertainment, and is made up of ex-BioWare experts with stellar RPG experience like James Ohlen (lead designer on Dragon Age: Origins, Baldur's Gate), Drew Karpyshyn (writer on Knights of the Old Republic, Mass Effect, and a handful of DnD novels), and Chad Robertson (head of live services on Anthem). Ohlen is leading Archetype and Robertson will serve as general manager.

Predictably, Archetype's first game is a story-driven RPG that aims to be the best on the market. Ex-BioWare devs basically want to take on BioWare and fill the Mass Effect-shaped void in our lives. The new project is set in a fresh IP with sci-fi themes and will be released on multiple systems. This isn't exactly a total surprise--back in April 2019, Wizards announced it had conscripted Ohlen to make a new innovative games IP.

"Archetype is a chance for us to build the type of roleplaying game that we love to play. Video games are a uniquely interactive medium. They allow us to give the player powerful choices that have real consequences on how the story unfolds." said Ohlen.

"The tremendous opportunity and challenge we have in building a new world-class game studio isn't lost on us. We're leaning on the experience and talent of our entire team to create what we believe will be the next generation of acclaimed, narrative-driven roleplaying games," said Robertson.

Based on Wizards' track record, I'd say this could be a live game of sorts (Wizards has been pushing hard into service games thanks to Magic Online's success) but I'm hoping for a meaningful singleplayer-only experience. No exact details on the game series have been announced, and we may not hear any concrete info for some time.

Archetype is currently hiring for a number of high-level development positions including lead artists, senior gameplay designers, and technical animators.

"We are assembling a world-class team to build a multi-platform roleplaying game set in a new science fiction universe.

"At Archetype, we believe there will always be a place for story-driven roleplaying games that put the player at the center of an epic personal narrative with impactful choices. We are building games that represent the diversity of our audience. We also believe that game studios should empower top developers and challenge them with ambitious projects that are shaped by a strong, clearly communicated creative vision." 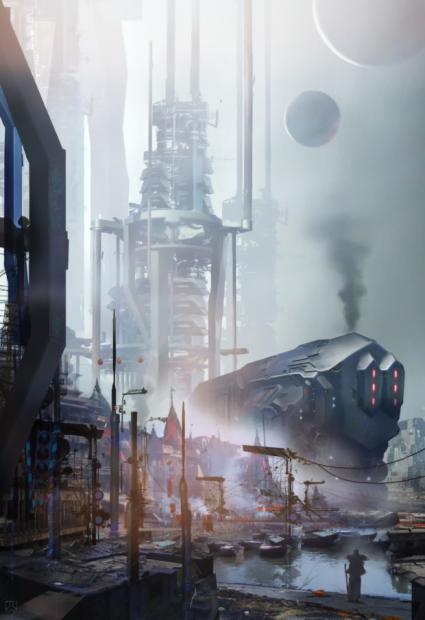