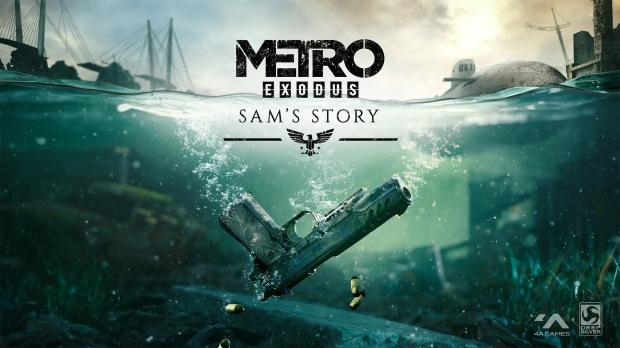 The new DLC is set to release February 11, 2020 on all platforms, and stars ex-Marine Sam Branskill on his arduous journey back to post-apocalytpic US. The expansion takes players to the irradiated port city of Vladivostok, the terminus of the Trans-Siberian railroad that's roughly seven days from Moscow.

Across his journey, the devs say Sam will face intense trials that push his survival skills to their limits. No trailer or screenshots were released, but we should get some more info shortly.

We are proud to reveal that the hotly anticipated second expansion for Metro Exodus, Sam's Story, will launch on Xbox One, PlayStation 4, PC and Stadia on February 11th 2020.

In this sandbox-survival expansion, players will forge Sam's path on his journey through Vladivostok on his mission to find his way home to the USA.

Sam has long dreamed of returning to his homeland, and maybe finding his family alive. The prospect seemed impossible in the darkened tunnels of the Metro, but when the Spartans discovered that Moscow was not the only city left alive after the war, holding out hope didn't feel so foolish anymore.

Sam makes his way away from the Aurora in search of a way back to the USA, arriving at the remains of Vladivostok's tsunami ravaged harbours, ruined industrial buildings, and crumbling residential districts. To complete his journey, Sam will discover that he needs every tactic he has learned so far to survive, as his surroundings prove to be far trickier than expected.