Yesterday news came out about Amazon CEO Jeff Bezos' phone being hacked by the Saudi crown prince. Now, we are learning that Bezos could have had his phone microphone enabled for months. 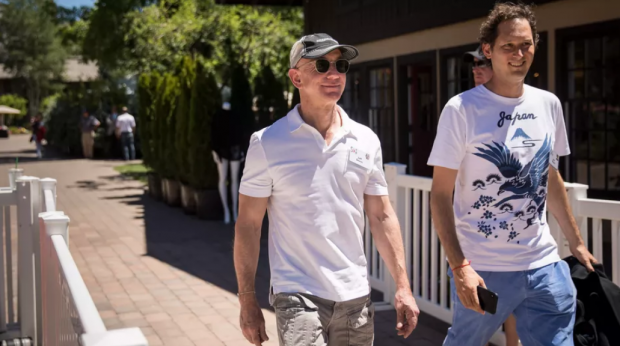 According to a forensic analysis of Bezos' hacked phone, Bezos could have had the Saudi government in his pocket listening for months. The report comes from cybersecurity firm FTI Consulting which are the investigators that were hired by Bezos after he realized his phone was compromised.

The report says, "FTI assesses that Bezos' device was compromised on May 1, 2018 and that the compromise resulted in gigabytes of data exfiltration that likely contained sensitive data such as personal photos, text messages, instant messages, emails, and possibly local (eavesdropped) recordings done via the phone's microphone."

Since the hack occurred on May 1, and Bezos didn't turn over his phone to cybersecurity forensics until February 2019, it means that there's a very good chance that whoever hacked it (whether it is the Saudi prince or not) could have been listening to Bezos' conversations. If that is the case and Bezos' entire phone was compromised, I wouldn't be surprised if, in the coming weeks/months, we start hearing about leaked audio files from Bezos' phone about some scandalous activity.

Phone Hacking: How the Guardian broke the story (Guardian Shorts)