Jeff Bezos, the Amazon CEO and the world's richest man, reportedly had his phone "hacked" by the crown prince of Saudi Arabia. 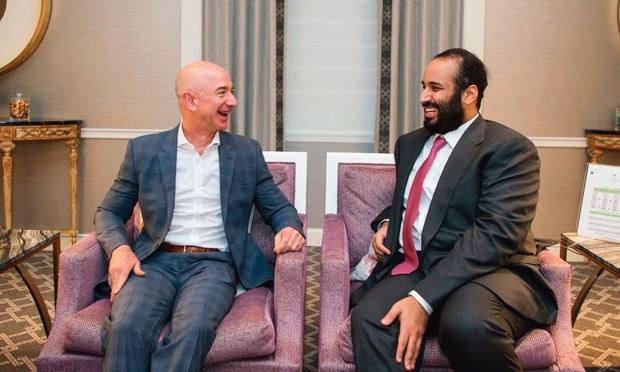 According to the report by The Guardian, sources who have remained anonymous have told the site that Saudi prince Mohammed bin Salman sent a malicious file that infiltrated Bezos' phone through WhatsApp on May 1st, 2018. Before the file was sent, Bezos and Salman were said to be having a friendly exchange, then the file was sent over, and according to those same sources, large amounts of data were transferred off Bezos' phone.

At the moment, there's no knowledge of what was taken off Bezos' phone, but since the "hack" happened back in 2018, Bezos has had some private messages leaked online. The text messages reflected an extramarital relationship, which then triggered Bezos to put full force in discovering how these texts made it online. Bezos' own investigation team says they are "highly confident" that the Saudis had managed to "access" Bezos's phone and acquired "private information".