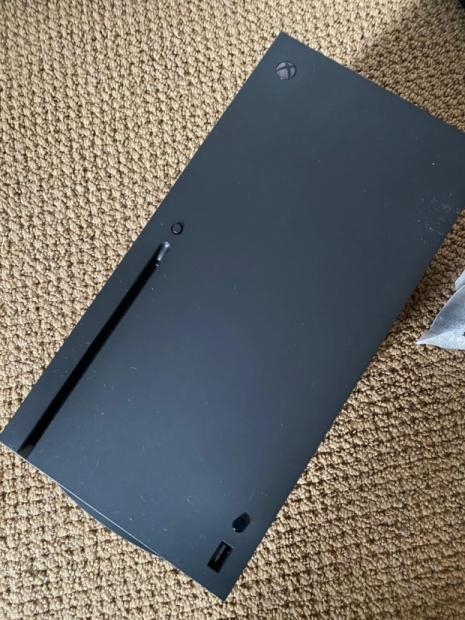 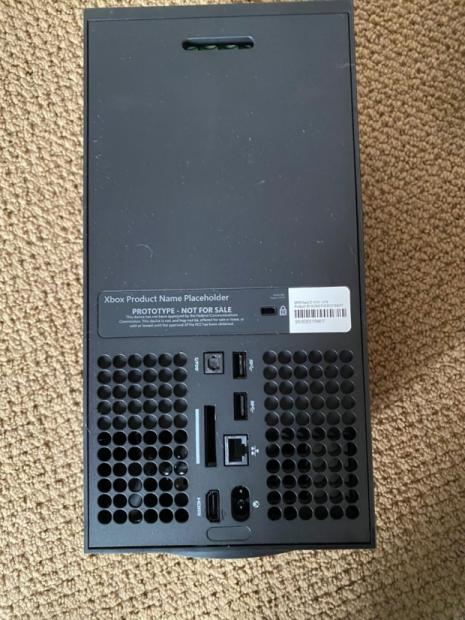 An early prototype for Microsoft's next-gen Xbox Series X console has apparently been spotted online, giving gamers an idea of what to expect from the new system's look and proportions. Of course this isn't the final hardware and things could change from now until Holiday 2020, but the prototype reinforces the original footlocker shoebox-shaped design shown off by Microsoft at The Game Awards 2019.

The prototype has all of the ports described by recent source info--HDMI out, 2x SuperSpeed USB ports (with 1x USB 2.0 in the front), a power port, SPDIF audio port, ethernet, and a strange vertical slit that's likely for developer testing.

The case resembles the devkit descriptions as outlined in recent interactive 3D renders. There's back ventilation for adequate exhaust cooling, as well as a circular disc stand to support the console when it stands upright. We're pretty sure the bottom stand can be removed to expose more vents to improve heat management when the Xbox SX is laying on its side.

As for the authenticity of the console, someone actually linked the serial number to their Microsoft account and got this.

Check below for confirmed specs and details, as well as unconfirmed hardware details. A huge content listing of everything we've heard about Xbox Series X so far follows: